“I never imagined in a million years I would be doing what I’m doing now back when I was in engineering school. I really got into it out of necessity to heal myself years ago.”

Ken had health problems throughout his life.

As he got older they got worse.

With a background in electrical engineering and computer science Ken found himself working in computers in the corporate world.

He wanted to get out of it.

So he apprenticed with a friend who was a potter to learn how to make pottery for a living.

While learning the pottery Ken’s friend began telling him stories about juicing wheatgrass and, “putting it up his rear end and drinking it and bathing it in and doing all those crazy stuff, all this detoxing”.

Ken was perplexed (you can imagine) but at the same time he witnessed an amazing transformation in his friend in a few short months.

His friend lived next to a field of wheat and when it was freshly harvested, he started juicing it like a madman, just going crazy with it.

Drinking tons of it, bathing in it, putting it in every orifice of his body and washing his hair with it.

Over a 3 month period Ken’s friend went from being ‘a mess’, having pepper gray hair, deep creases in his face, wrinkles and lines and ruddy skin, to having jet back hair and all the lines in his face went away.

His skin tone radically improved and he was just much healthier and happier.

It also created a spiritual awakening in him.

What made it all the more powerful was that Ken witnessed the transformation with his own eyes.

Given his own poor state of health Ken thought, “wow, I want some of that.”

So he contacted the lady that turned him on to all that stuff and said, “I will pay you whatever you want to teach me what you know.”

She spent a whole day with Ken, she taught him everything she knew about detoxification, cellular regeneration, natural health and healing.

Very graciously, she charged him $65 for this life changing experience.

That was the beginning of it.

He put into practice what he’d learned and, “healed his hypoglycemia and adopted a living foods lifestyle and has had immense health and success from that”.

This eventually spurred Ken into teaching what he’d learned full time and into creating some novel ways to deal with EMFs.

“Because of my background in electrical engineering, I saw things that people in natural health weren’t seeing”.

For my next interview guest I’m delighted to welcome natural health educator and inventor Ken Rohla. 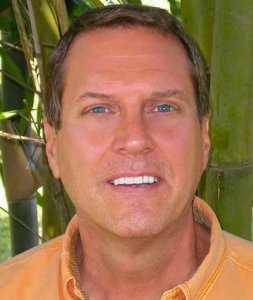 Ken Rohla is a natural health educator and inventor who has been teaching classes and retreats since 1993 on rejuvenation and cellular regeneration, nutrition, herbs, supplements, detoxification, emotional healing, reprogramming of limiting unconscious beliefs, ancient esoteric techniques, and cutting-edge science.

With a background in electrical engineering, physics, and computer science, for 23 years Ken worked a variety of jobs in the medical industry, from the patient level to the national policy level.

*****This interview has been broadcast – to access future EMF interviews make sure you are signed up to my free newsletter.*****