For Richard it started with chemical sensitivity.

He’d had some major surgery done and then he caught hepatitis A.

Mold, pesticide’s and exposure to aldehyde from particle board from his work also came into play.

Then he woke up one morning, someone came to the door wearing Brut cologne. 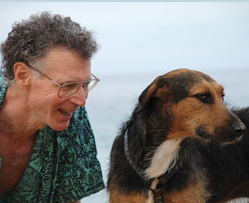 The smell from the Brut cologne was so strong it nearly knocked him over.

He hadn’t been sensitive until that point.

Heavy metals, mercury and nickel in the air from an accident at a nearby refinery also probably contributed.

Then a few years later, well after the chemical sensitivity, he’d been working with items that have a high magnetic field, switching mode power supply from an overhead projector. They didn’t bother him at all but he started suffering from flicker sensitivity.

He would get headaches from lights and most monitors even though he couldn’t see the flicker. He researched it and was astonished by what he found.

Because of his flicker sensitivity he set about trying to find a monitor he could tolerate and bought a projector.

At that time the new video projectors were just coming out. He bought this new projector, “it looked beautiful”. He was projecting it on a rear projection screen and sitting about 8 feet from the projector watching videos and using it for computer work.

Electrical Sensitivity Is For Real

That’s when he began to relate it to the projector and he realized that he had electrical sensitivitity and it was real.

Then it was his MIDI keyboard, the memory slot on his computer drive despite it being 10 feet away. He began to react to all sorts of devices in a way he never could have imagined.

There was this sequence. It went from disbelieving in electrical sensitivity, he’d heard of it but he didn’t believe in it. Then he started having symptoms that correlated immediately to an electrical device. Repeated inadvertent exposures where symptoms were correlated to a device after feeling the symptoms without knowing the device was there. That’s the sequence that he experienced.

The Richard in question is Dr. Richard Conrad and he’s my next interview guest. 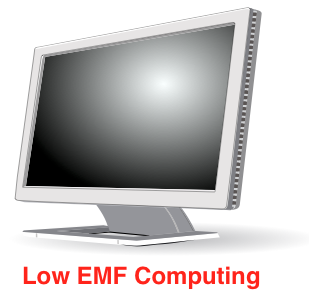 Dr. Conrad received his PhD from John Hopkins University in biochemistry in 1968 and subsequently conducted post-doctoral research at the Institute of Molecular Biophysics at Florida State University and also in the Department of Biochemistry at Cornell University.

I will be talking to Dr. Conrad about: