In the summer of 2003 Annie moved to Kelowna in British Columbia.

Shortly after her arrival a terrible forest fire broke out.

For weeks the air was filled with thick smoke and falling ash.

About the same time she had a seemingly minor car accident that resulted in cervical whiplash.

It left her with a ‘Parkinson’s like’ shake for several months.

At the time life was going really well for Annie.

She was doing a job she loved, she was in a healthy relationship, she had lots of friends, she sang in her local choir and treaded the boards in amateur theatre.

Then she moved into a new office.

A New Office In A Sick Building

Her office was located next door to the janitor’s supply room that kept the cleaning chemicals for the entire building.

What she didn’t realize was that the office was in a sick building – the building had serious mold issues.

What she also didn’t realize was that her office used to be part of the janitor’s supply room – it was a huge room that had been split in two without any ventilation.

Annie started to get sick.

Initially her symptoms were quite vague. Exhaustion, muscle aches and pains, insomnia, muscle twitching, that kind of thing.

She noticed she was becoming sensitive to scented products, perfumes, colognes, underarm deodorants, and laundry detergents.

It got so bad that if she walked by someone wearing perfume she would sometimes go into convulsions.

If she was walking down the street where someone was doing laundry and she walked through their dryer exhaust she could go into convulsions.

Her world started to get smaller and smaller.

She consulted doctors but they didn’t know what to do.

One day her family physician scratched his head and said, ‘Annie, I don’t know what to do. You’re just really sensitive.’

She said, ‘I’m not sure what’s going on either but I can taste your underarm deodorant from here. Please don’t walk any closer!’

He doctor sent her to see all kinds of specialists, neurologists and so on.

None of them could find anything wrong.

So she started down the alternative healthcare path.

Not only that, she was getting worse.

‘One day James, my husband, decided to clean the kitchen cupboard with a chemical cleaner. I was way on the other side of the apartment. He sprayed the tiniest amount and as soon as he sprayed it, I literally felt like I was being poisoned. I came running out shouting, “what are you doing?!”’

Annie had to stop work. She found herself sitting around at home, thinking, ‘what am I going to do? Where can I go? How can I survive?’

It was ironic, there she was, this person who prized herself on communication and she was no longer able to talk to people.

Then when she thought it couldn’t get any worse, it did.

She was sitting in front of the computer on a wireless phone one day and she suddenly lost her voice.

Now she was reacting to computers, to her phone, to her fridge and to electrical appliances generally.

This manifested as a burning sensation on her skin when she was around EMF devices and a feeling that she would go into convulsions at any moment.

She remembers walking around her condominium looking for just a small spot where she wasn’t reacting to anything.

She ended up living in a broken-down houseboat in Comox Marina on Vancouver Island.

But all through her illness, time and time again she was drawn back to the research.

She started to look at what what was responsible for the sense of smell and realized it was a part of the brain called the limbic system.

She looked at conditions like chronic fatigue syndrome, fibromyalgia, chemical sensitivities, anxiety, post-traumatic stress disorder and the like.

She kept asking herself, ‘what is the common denominator?’ 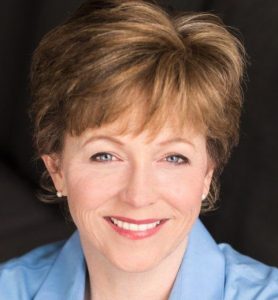 The ah-ha moment came when she realized that what all these conditions had in common was that a toxic trauma had over activated the threat and protective mechanisms in the brain.

It was this that was keeping the body stuck in a cycle of chronic illness and inflammation.

In her search for healing Annie created a system to remap the brain and restore health.

It’s a system that has since been used by thousands of other people to overcome electrical hyper sensitivity and other similar conditions.

For my next interview I’m delighted to welcome author, internationally recognized expert on toxic brain injuries, brain dysfunction and rehabilitation and founder of DNRS, Annie Hopper.

Annie Hopper is an author, an internationally recognized expert on toxic brain injuries, brain dysfunction and rehabilitation and she is founder of DNRS

There is no doubt that DNRS works. I’ve had a number of former electrically sensitive people contact me, saying just that, that it worked for them.

Before I invited Annie to be my guest I bought and read her book Wired For Healing.

The book also contains a number of testimonials from people, including people with electrical hyper sensitivity, that have recovered from their dis-ease.

Listen to my interview with Annie Hopper and learn the answer to these questions: