The first time I visited San Francisco was with my girlfriend in the summer of 1992.

I remember it well.

I also remember cell phones were still something of a rarity at the time. 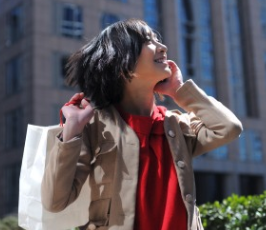 Successful executive types had them.

I didn’t have one, I was neither.

San Francisco finds itself center stage in the power struggle between the cell phone industry and public health advocates fighting for the “Right to Know”.

“Right to Know” is shorthand for the Cell Phone Right-to-Know Ordinance, a municipal Act that would have required retailers to post the specific absorption rate (SAR) of each phone sold in a store.

I say ‘would have’ because although the Act was passed by the San Francisco Board of Supervisors in June 2010 it was never enforced.

It was never enforced because the CTIA (a.k.a. the cell phone industry) sued the city on the grounds that the ordinance was unconstitutional.

Of course this is B.S.

Nevertheless the city dropped the mandate to post the SAR of every cell phone sold. Still the CTIA continued to contest.

Why am I talking about this?

It is important that this legislation goes through, particularly for the people of San Francisco

But I’m talking about it because I want you to appreciate something.

Already this legal wrangling has been going on for years and it could go on for longer. When the legislation does get passed (which I’m sure it will) it’s very likely that it will do little to protect cell phone users health.

Because, compared to when it was first voted in, the ordinance in its current form is very watered down. Yet the cell phone industry won’t even accept this.

SAR is such a poor indicator of true radiation exposure and risk to health that even if the ordinance had been enforced when originally passed consumers would still have been mislead as to the level of their EMF exposures.

So what can you do?

I support whole-heartedly what the city of San Francisco is trying to achieve.

I also support what Ohio congressman Dennis Kucinich (D-OH), is trying to achieve at a federal level with H.R 6358 the Cell Phone Right-to-Know Act.

And I support what other jurisdictions in other countries are trying to achieve.

But observing what’s going on in San Francisco and elsewhere something should now be abundantly clear.

If you’re serious about protecting yourself from EMFs you just can’t afford to wait for governments to pass laws.

Because chances are they’re the wrong laws and that they come too late.

You need to get clear on the facts.

You need to take action yourself.

If you still need to get clear on the dangers there’s a wealth of articles and videos you can consult on ElectricSense which covers the independent research that has been carried out.

If you want to dip your toe in the water on EMF Protection, my Free Report and newsletters is the place to go (see the sign up box below).