For years she’s been educating people about the dangers of electromagnetic fields.

It all began because of her interest in energy medicine.

In 2008 she wrote a book about energy medicine entitled, Endless Energy – The Essential Guide To Energy Health.

In her book she explored the impact of these man-made energies on our health, from an energy perspective.

At that time, there were around 2.6 billion cell phones on the planet and 140 million users on Facebook.

‘In the period 2003 to 2007, electromagnetic pollution had increased 100 million billion times.’

How things have changed.

According to a 2017 study released by GSMA, the association of mobile operators today the number of cell phone users globally is in the region of five billion.

That’s a lot of EMFs.

On the one hand we’ve got scientists arguing ‘magnetic fields are harmless and electric fields are thought to flow around, rather than through the physical body’.

On the other we’ve got the thousands of studies which show adverse biological effects at very low levels and links to brain tumors, infertility, cancer and other serious diseases. Not to mention the masses of anecdotal evidence.

‘The harmful effects are evident but cannot be explained by the conventional physics model. The medical community, aligned with the conventional model comes to no conclusion and no action is taken.’

She says, ‘there are actually technologies that exist that show us the human biofield, the human energy field. I was able to witness what happens to our energy body when we are exposed to microwave frequency radiation.’

She lives on Maui in Hawaii.

In 2012, her administration received some money from the Federal Government to do a pilot project on smart meters.

It happened to be targeted at the neighborhood where she was living.

She explains, ‘we got all kinds of propaganda in the mail. It just was the most compelling arguments for why everybody should sign up for getting a smart meter on their home’.

Thinking, ‘why are they trying so hard to convince us of something’?

She began looking into it, and realized that smart meters are very toxic and dangerous.

She decided to do something about it and set out to educate people on the island of Maui about the dangers.

For my next interview I’m delighted to welcome Debra Greene PhD. 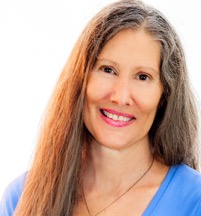 Debra Greene is a professional speaker and recognized expert on energy medicine and mind-body integration. She is the author of the acclaimed book ‘Endless Energy: The Essential Guide to Energy Health’, and she’s been educating people for a number of years about the adverse health effects of cordless phones, cell phones and other sources of electromagnetic field pollution.

Listen to my interview with Debra Greene and learn: