If you’re asking these kinds of questions and want to know what my answer is, then read on.

Why I’m Speaking Out About EMF Protection Scams 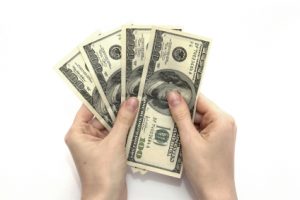 In the beginning ElectricSense was about me blowing steam off on a subject I believed in strongly (and still do). My health had suffered badly from supposedly “harmless” EMF exposures. It disgusted me to think of other people succumbing to ill health in the same way I had, having to live what I’d lived (particularly kids), when I could do something about it.

What disgusted me even more were the companies selling fake EMF protection devices seeking to make a quick buck out of all this. I’ve been taken in by the slick talk, the promises, over and over again. The cell phone chips, diodes, holographic stickers, the bracelets, pendants, the plug in harmonizers, USB resonators, computer software, etc. that can somehow make my symptoms go away. Well here’s the thing. None of these devices worked for me. That’s why I’m speaking out about this.

The Question On Everybody’s Lips

The number one question about EMF protection is “what works?” Some people are just curious, they want to safeguard their health. Others are desperate for a solution because they already have symptoms.

To answer this question and lay out what works I wrote an EMF protection Free Report. And to help people who already have symptoms I wrote a book on how to deal with electrical sensitivity.  Do you know what? Neither in my Free Report nor in my book do I recommend using these EMF gadgets.

Are These Gadgets EMF Protection Scams?

There are literally hundreds of these products now on the market. The companies that are selling them say they work and they’ve got some very clever marketing surrounding these devices.

The Merriam Webster dictionary defines a scam as “a fraudulent or deceptive act or operation”. Are these companies intending to defraud or deceive?

Generally their claims are “backed-up” by research. They have to have the research, because without it they wouldn’t sell anything. So they pay to have the research done, but in reality they pay for a desired result. And they put testimonials on their website from people who sing the praises of what they’re selling.

Why Do People Say These Gadgets Work?

And then there’s the placebo effect. People buy these devices with a very strong belief that they will work. Because they believe they work, sometimes they do. But in reality they don’t. It’s what’s known as the placebo effect. The beneficial effect of the fake EMF protection device is derived entirely from the expectations that the person has about the gadget working.

There are a lot of people that have reported apparent improved health when they first bought one of these gadgets (myself included) but then over time their health has deteriorated again.

What Do All These EMF Gadgets Have In Common?

What all these devices have in common is there’s virtually no way of knowing for sure if they work. Trying to measure with an EMF meter or similar will tell you nothing. All you’ve got is the company that’s selling them assurance that it works.

Compare this with conventional (or direct) EMF protection which relies on taking measurable action. You buy an EMF meter, it gives a reading. Whatever you do to reduce these exposures you can then measure in a very concrete way by using your EMF meter to measure again. If necessary you shield and then you measure again. And so on and so forth.

There’s another thing. When you buy an EMF meter it tells you your exposure levels. When you do this you’re not just acknowledging the problem, you’re making an important first step towards facing up to reality. You’re saying “these are the EMFs in my environment”. You can’t kid yourself that this or that resonator or harmonizer has made things safer, your meter will tell you if it’s safer.

When you buy an EMF protection gadget the internal dialogue is completely different. You might be acknowledging the problem but you think can cheat it with a “money can solve anything approach.” But you can’t.

Are These Devices Dangerous?

They can be. It usually works something like this: You go out and buy your EMF protection gadget. You assume it works so you increase your use of EMF technologies. Which increases your EMF exposure. Eventually you fall ill.

For millions of years our bodies have evolved in an environment where the only significant EMFs present were those emanating from the earth itself. Our bodies haven’t evolved to deal with the man-made EMFs which have been thrust upon us in the last few decades or so.

There’s one thing you must get absolutely 100% clear on – the ONLY way to achieve true EMF protection is by respecting your body and respecting nature. You can’t cheat or outsmart nature.

The foundation of effective EMF protection is measurement, avoidance and protection. It means minimizing your exposure to EMFs while simultaneously supporting your body with the raw materials it needs to protect and repair itself. It mean’s looking at the big picture. It’s what I call direct and indirect protection.

If anybody tells you any different view their motives with suspicion. No doubt they’re trying to sell you something.

If my motivations were purely monetary I’d just strike a deal with one of the companies selling these gadgets, tell my website visitors to buy xyz gadget and then live off the profits. What’s important to me is that people know the truth.

Where Does That Leave Us?

Where it leaves you is with a choice. You can go the EMF protection gadget route, that’s your choice. I respect that.

I created this website to help people and share EMF protection solutions that I know work, not to debate the relative merits of these devices. So if you put a question to me on the website citing an EMF protection product name and asking my opinion, don’t be offended if I don’t answer.

Why This Firm Line?

There are several reasons:

My advice, based on my experience, is if you’re serious about dealing with EMFs don’t focus on the gadgets. A rounded holistic approach is the only approach that works. Firstly, basic EMF protection in your environment, taking readings of the different types of EMFs with an EMF meter and eliminate, and then mitigate as far as possible. Secondly work on the bigger picture, that means reconnecting with nature and the natural energies of the planet through techniques like nutrition, cleansing and energy medicine.

If you’ve sent me a question asking my opinion on this or that sticker, diode, resonator or harmonizer and I’ve directed you to this page, you now understand why I’ve sent you here.

If you’re interested in EMF protection that works, start by applying the principles laid out in my EMF Protection Free Report.