My first encounter with BioGeometry dates back to my interview with Building Biologist Michael Schwaebe a few weeks ago.

Michael was talking about his encounter with Dr. Karim, the founder of BioGeometry:

“When Ibrahim Karim spoke, I could hear between the lines, possibilities for me. And so, from that point on for several years, my focus was on remediation of the forces in nature in the spaces where I worked so that I could thrive.”

So I began to do some research. I set about reading ‘BioGeometry Back To A Future For Mankind’ by Dr. Ibrahim Karim. 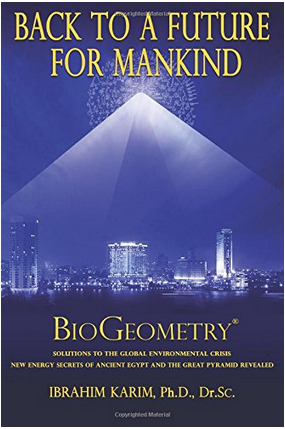 It’s a way of bridging the gap between science and spirituality by humanizing modern technology. It uses the ‘physics of quality’ to show that everything has a place in a ‘universal symphony’.

It also proposes a way of ‘harmonizing electromagnetic radiation’, which is the main reason I’m interested in it.

Dr Karim makes no bones about the the dangers of EMFs, “this environmental concern which we refer to as ‘electrosmog’ is becoming a main health hazard. The old paradigm of reducing the pollution is not enough to solve the problem. The shift from the age of modern technology towards the age of information depends more and more on electromagnetic carrier waves. These waves are what could eventually bring an end to life on earth”.

This might sound alarmist but Dr. Karim’s reasoning does stand up to scrutiny. His vision of the earth and the universe is that there is a continuous invisible exchange of information. This exchange permeates the cosmos, the solar system, the earth and every cell of every living organism.

The concern is that man-made EMFs, and in particular radio frequency radiation sources are emitting waves a thousand times stronger than the natural vibrations for information exchange. This is very much in line with what Dr. Devra Davis, and other more mainstream independent scientists who’ve been studying the EMF/health issue, have been saying for a long time.

A Breeze Flowing Through A Storm

Dr Karim compares the effects of EMFs on our health and life in general to ‘a breeze flowing through a storm’. He explains that these carrier waves, from different forms of wireless media, are passing through our bodies all the time.

The key notion which is central to his work is subtle energy. He describes subtle energy as something that can’t be measured by modern instruments but can be detected through it’s qualitative effects on others.

The Miracle of Hemberg

It all started in 2002 when Swisscom, the local telecom company, installed a cell phone antenna in the church tower in Hemberg, a small town in Switzerland. A few months later one of the town’s residents informed the mediation authority, the Mobile Communication and Environmental Organization (OMK), that since the cell phone antenna had been installed he’d started feeling ill. He complained of suffering from sleeplessness, headaches and had difficulties concentrating.

The OMK scheduled an interview with the resident. At the interview another 10 residents showed up, all with similar complaints. Effects on local wildlife were also observed; a local farmer reported a deformed calf and two abortions. Coincidence?

The OMK went away and did some testing. Not surprisingly the emissions from the cell tower were found to be well within existing safety guidelines.

Somebody had the idea of contacting Dr. Karim to see if he could help remedy the problems. Dr. Karim agreed to intervene during his vacation, free of charge.

He set about installing BioGeometry shapes and figures made from wood and plexiglass. He installed his BioGeometry designs outside the village church and in 6 homes.

The effects on Hemberg’s population of BioGeometry were carefully monitored by a medical doctor, questionnaires sent out to record before and after and a full study was written up. The study found that ‘complaints had been massively reduced’. You can consult the study here.

The work preformed by Dr Karim was documented by Swiss TV Channel 1 (SF1). The documentary was aired on prime-time TV in Switzerland. The film showed that BioGeometry® had
– been successful in eliminating the symptoms of electrical sensitivity in the towns residents,
– alleviated other health conditions,
– positively impacted the overall ecology of the area.

Could These Remarkable Improvements Be Explained By The Placebo Effect?

I’ve talked many times about the placebo effect. This phenomena that when someone is told that they are going to be given a pill or a treatment to make them better, very often they get better because they believe they will get better. Studies have found this to be the case when the pill or treatment in question is devoid of any direct therapeutic benefit. Could what happened in Hemberg be put down to the placebo effect?

Not if we take into account the reaction of animals, “they hardly suffer from ‘imagined’ disturbances”. Subsequent to the intervention of Dr. Karim, birds and bats returned to their natural habitat. These effects were recorded by the Swiss documentary.

Is Dr. Karim A Charlatan?

Not everyone was impressed with Dr. Karims work. Hans Ulrich Jacob acting in the name of the Mediation mobile Communication and Health of the Swiss community was extremely critically. He spoke of the ‘plot of Hemberg’ and called Dr. Karim ‘a charlatan who works with cheap plexiglass shapes which are available in every oriental bazaar’.

Needless to say I do not consider Dr. Karim a charlatan, otherwise I wouldn’t be talking about him. This is not some quickly thrown together ideas about dealing with EMFs. As Dr. Claude Swanson explains, “[Dr. Karim] has developed a ‘science of shape’ and a ‘physics of quality’, which have applications in medicine, architecture, and many other aspects of our lives”.

Dr. Masaru Emoto says of him, “I don’t think it was a coincidence that such a person was born in Cairo, the place of the pyramids. When you read this book, you will know the human beings’ old-age wisdom and will gain the new great wisdom.”

What Else Is In The Book?

It’s a collection of topics, selected from different lectures and meetings, aimed at providing a deeper insight into BioGeometry.

The book talks about the great Ancient Egyptian civilization, how the pyramids were built and about sacred locations, places where the earth’s energy has a particular quality. Interestingly there are a number of these places in our modern towns and cities, even sacred locations in the US. I found this fascinating.

The book explains how Dr. Karim brought together aspects of Pythagorean Harmonics, subtle energy sciences, Radiesthesia, Geobiology, Building Biology and Sacred Architecture to produce a new physics of quality from which the science of BioGeometry has emerged. 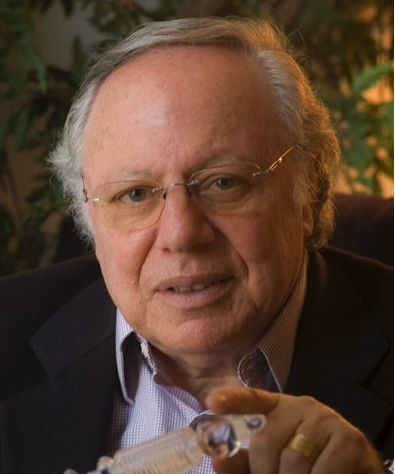 Dr. Karim is an architect and graduate of the prestigious Federal Institute of (ETH) Zurich, Switzerland. He is the founder of the science of BioGeometry.

His CV is so impressive it’s almost difficult to pick out the highlights. He’s been recognized and honored by several institutes for his environmental work and was chosen as man of the year by the Swiss magazine “Anzeiger” in 2005 for his success in reducing the effects of ‘electrosmog’ in several regions in Switzerland. He was chosen as one of the 100 most innovative designers of the 20th Century on Swedish TV.

Besides his Architecture, health and tourism planning, his other professional activities include his own architecture consulting and industrial design firm. Dr. Karim has held several advisory positions in Egypt to the Ministers of: Health, Culture, Tourism and Scientific research.

If you’re looking for answers to deal with your own health challenges or you’re just curious about the science behind BioGeometry, then make sure you tune into this interview.

I will be talking to Dr Karim about: