A few weeks ago I interviewed author Judy Hall.

She explained how she’d been using crystals as a means of protecting herself from EMFs.

During the interview she mentioned that she uses a product called Clear 2 Light to purify her crystals.

Intrigued, I did some research and discovered that Clear 2 Light is made by a company in the UK called Petaltone. 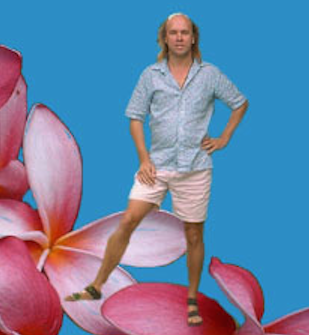 Clear 2 Light is a “space clearing essence”, so it’s a plant essence designed to “clear energies in your home, workspace and personal aura.”

David explains, “all our essences are handmade with integrity, not mass or factory produced, we are a true ‘cottage industry’ and our intent is to share the deep powerful healing energies from the natural plant kingdom that have been discovered.”

The best example of healing with plant essences that comes to mind are the flower remedies developed by Dr. Bach in the 1920s. While out walking one sunny morning in the fields of Wales Dr. Bach observed the morning dew and hit upon the idea that if he could capture the dewdrops of different flowers this could be used as potent healing remedy.

Dr. Bach believed that ill health was caused by a state of imbalance and that when we are ourselves and living in peace with others we are in a state of balance. For an early 20th century physician his approach was nothing short of ground-breaking.

He became so sensitive to the energy of plants that he was able to feel the resonance of a flower by holding it in his hands. He went on to discover 38 flower remedies which correct emotional imbalances and allow negative emotions to be replaced with positive one’s.

Using The Spiritual Intelligence Of Plants

David explains, “rather than duplicating the work of other producers, my research has involved working with the plants to establish unique ways of producing and using essences. ….the spiritual intelligence connected to the plants creates the Healing Mandala and deep level energy shifts immediately begin to occur”.

At one time I would have found these ideas challenging but since the discovery of my own sensitivity I’ve been able to perceive the world as it really is, a place of energy and vibration.

Needless to say this subject fascinates me.

Whats-more, one of his essences is called “EMF Protection” and is designed to shield against electrical smog created by cell phones, computers and WIFI etc.

That’s why I’m delighted to have David as my next interview guest.

I’ve chosen the teleseminar format so that you can follow via your computer or using your telephone. If you’re wondering about how to deal with the EMF exposures in your life now’s your chance to ask your questions! You can do this in 2 ways: