There are a whole lot of areas of our lives which have become regulated, we moan, but its done for our protection.

Cigarettes for instance, you can still smoke, but the dangers are clearly spelled out and there is a minimum age in most countries.

But on the issue of EMFs (electromagnetic fields) generally and cell phones particularly where are the safeguards?

EMF Protection – What Are The Current Safeguards 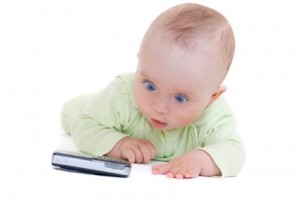 Pretty much anywhere around the world, a 12 year kid can go in a shop and providing he’s got the money he can walk out with a full functioning EMF emitting cell phone. He can take out a monthly contract and use it to his heart’s content and (apart from a few US states where information now appears on the packaging) nobody worries about the consequences.

So why is that? Is it because there aren’t any consequences? No its not, there are lots of consequences. Has nobody ever took a long look at these consequences and tried to put together some sound advice?

Actually they have. In November 2009, in Seletun in Norway, a Scientific Panel comprised of international experts met to discuss the biological effects of EMFs. They reviewed all this mounting scientific evidence and they talked about the public health implications of the unprecedented global exposures to them.

What Did The Scientists Conclude About EMF Protection ?

The Seletun panel called for a new approach to EMF protection particularly for children and the growth and development of the fetus.

The scientists found that even at low-intensity, what the scientists called non-thermal bio-effects, adverse health effects are demonstrated. They concluded that current safety limits for EMF protection as promulgated by the ICNIRP and IEEE/FCC was both inadequate and obsolete.

Sadly, as of writing this post today, nothing has been done to apply the scientist’s recommendations. But I wanted to share them with you. Below is a short presentation by Olle Johansson of the panel. Underneath this I have laid out in layman’s terms their recommendations for EMF protection.

1) Global populations are not sufficiently protected from electromagnetic fields from emerging the new wireless technologies, the consequences of which are now affecting the lives of billions of people;

2) They said that sensitive populations may be additionally vulnerable to health risks with EMFs , that’s to say, the elderly, ill, genetically and/or immunologically challenged) and children and fetuses; Their EMF exposure is mainly involuntary and they are less protected by existing public safety standards;

3) They urged governments to put aside the notion of only acting on EMFs when a scientific certainty was established. Instead they should act on the basis of “prudent public health planning principles”. If we wait to get the conclusive scientific evidence everyone would like this could mean basically doing nothing for decades. By the time we do act the public health consequences could be irreparable not to mention the ensuing economic harm

4) They urged governments to make clear that the burden of proof of safety rests lies solely with the “wireless industry”, not with the users and consumers.

5) EMF exposures should be reduced now rather than waiting for further proof.

6) That Specific Absorption Rate (SAR) is inadequate and misguides people about EMF safety and risk.

7) An international disease registry needs to be set up to track time trends of illnesses to correlate them with exposures. Tracking effects of EMFs on children and sensitive electrohypersensitive populations needs to be made a high priority.

8.) Pre-market EMF testing should be made mandatory. The evidence needs to show that the wireless device does not cause harm before it is brought on to the market.

9) The public safety standards need to be the same for workers as for the general public.

10) People with electrical sensitivity symptoms should be classified as functionally impaired. ES or EHS should be regarded as having an environmental cause.

What does all this mean for you? The message is clear, these scientists did not mince their words, now is the time to act on the issue of EMF protection. I feel sure governments will act, but when? You need to evaluate your EMF exposure and take action now.