For Elizabeth it all started when the utility company started installing new electric meters in her neighborhood.

These weren’t just any meters they were installing, they were smart meters.

By smart meter I mean a utility meter fitted with an antenna that transmits energy usage to the utility company. In this case once a day.

Now here’s the thing Elizabeth decided she didn’t want a smart meter. She opted out.

Her immediate neighbors, an elderly gentleman on one side and a young couple trying for a baby on the other, also opted out.

You’d think that would’ve made things pretty safe for her, right?

It Started With A Rash

Within days of the first smart meters being installed in her neighborhood Elizabeth developed an itchy rash around her ankle.

A week later the rash was up her calf and covered half her thigh.

Two weeks later she’d a solid rash over her arms, legs, stomach and back.

The itch from this rash was so ferocious she couldn’t sleep.

Her doctor said it was scabies and gave her cortisone cream and pills.

This did nothing to stop the spreading or the itching.

The dermatologist said it was scabies and gave her ‘full body’ scabies medication – thankfully she decided not to use it.

She went from specialist to specialist, an allergist, an infectious disease doctor, and another dermatologist. Nothing worked. 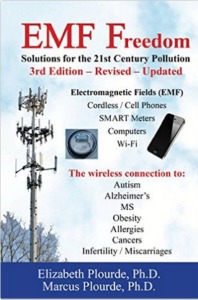 By this time she couldn’t use a cell phone or a computer without bloody sores breaking out on her arms and legs within minutes.

Things got so bad her skin would start spontaneously bleeding whenever she was exposed to any from of EMF. Sometimes it bled so profusely she had to destroy clothes and sheets because of the heavy staining.

So she started to do her homework. Looking at the health complaints in Northern California she was astonished to see how many people had written about problems with skin rashes subsequent to getting a smart meter installed.

This is how EMFs came brutally into Elizabeth’s world.

This is also what inspired her to write a book: EMF Freedom – Solutions for the 21st Century Pollution, which has just been released in it’s 3rd edition.

Elizabeth explains she arranged the contents of the latest edition to emphasize:

‘That the symptoms have real biochemical explanations for those whose spouses and/or doctors tell them they are crazy. Added bleeding, numbness, and involuntary muscle contractions, eye blurriness, fatigue, hearing loss to the list of symptoms.’
‘Part 3 is devoted to The Impact on the Next Generations to emphasize how are children are being harmed in their development, including the picture of the EMF exposed rat uterus on p. 160 (the picture is what drove us to create a new edition). This includes the increasing number of women who are not saying they are pregnant until the 5 or 6th month due to losing so many in the first 3-4 months of pregnancy.’

To read my review of her book click here. 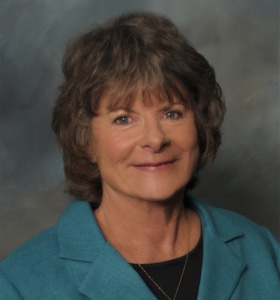 Dr. Elizabeth Plourde is a health educator, author and vibrant-health coach. With degrees in both Biological Science and Psychology, she is a North American Menopause Society Certified Menopause Practitioner, as well as a licensed Clinical Laboratory Scientist.

She has over 25-years of research and expertise in the field of health and has appeared on numerous network news programs and radio shows across the country including ABC’s 20/20, Berman & Berman: For Women Only, Good Morning America, and The Gary Null Show.

We will be talking about EMFs and health, and specifically:

All my interviews are free to listen to for 24 hours after the live broadcast https://www.electricsense.com/interviews-emf-experts-show-page/