I started ElectricSense because I wanted to do something I believed in.

Over the years I’ve come to realize that there are other people in this ‘EMF-health arena’ doing what they believe in. 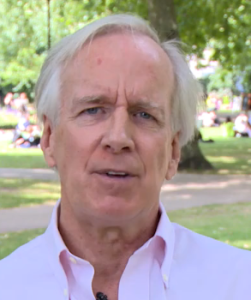 Nick Clough is one of them.

He runs a company called Sensory Perspective Ltd. He’s American, but lives in the UK.

Strangely enough it was his 5 year old son that set Nick off on the EMF trail.

28 years ago Nick’s job was designing and manufacturing Geiger counters – what’s used to detect and measure alpha, beta, gamma, and x-rays. He learned a lot about nuclear radiation, but later he began to see reports and studies about the health effects of electromagnetic fields (EMFs).

Like nuclear radiation, EMFs are invisible – without meters, (most) people can’t detect it.

On reading the studies he realized that all the wonderful and practical wireless technologies everybody had started using, posed very serious health risks.

He remembered a story that one of his Geiger counter customers had once told him. His customer told him how once he’d taken his Geiger counter home. He wandered around from room to room and was horrified when suddenly he heard it clicking wildly as he neared his bed. It turned out he’d stored a box of old aircraft instruments under there and that the dials were covered in highly radioactive Radium paint. His customer had been unwittingly exposing himself to harmful alpha, beta, and gamma radiation.

Nick couldn’t help but think a similar scenario could be taking place in his own home.

So he borrowed a £2000 EMF Frequency Analyzer and checked out his 5 year-old son’s bedroom. He was shocked to discover a mobile phone mast (cell tower) 60 meters from his window!

The mobile phone mast had always been there but it wasn’t until he saw the readings on the EMF meter that the penny dropped.

Every minute his son spent in his bedroom he was exposed to pulsing microwave frequency radiation at levels higher than those now allowed in Italy, Switzerland, India, Russia, and China!

He immediately went out and bought some military grade shielding material and lined his curtains and walls with it. Another sweep with the EMF meter reassured him his son was safe.

But that wasn’t the only EMF problem he found. The EMF meter also revealed that the cordless DECT phone next to his own bed was emitting a strong signal 24/7 and through several walls, even when the handset was missing.

It was emitting just as much radiation as the mobile phone mast 60m away.

Nick was shocked. But this made him realize that probably EVERY home and office must have similar issues.

There’s a reason I’m telling you all this.

The Moral Of The Story

I got wise about EMFs back in 2002. Suddenly using a cell phone became very painful.

I cursed my sensitivity at the time, now I’m grateful for it. That’s right I am GRATEFUL for it.

It opened my eyes to the EMF world we live in.

Most people haven’t an inkling of the EMFs in their life. Why should they? The link between EMFs and disease is played down by our governments and there’s much money to be made in the roll out of these technologies.

Even I, when I was at my most electrically sensitive, didn’t fully appreciate the EMFs in my life until I had a meter that could help me pinpoint them and measure them.

Nick believes that detection of, and protection from, EMFs, should be as easily accessible as the devices that emit it. He also believes that through his company Sensory Perspective he has the knowledge and products to make that a reality. 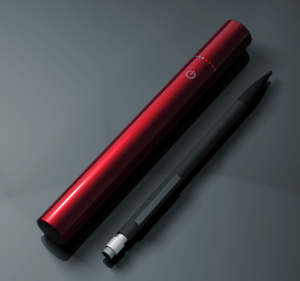 He’s got a world class management team and a major new product in the pipeline, a low cost EMF detector (The Sherlock), brainchild of Chris Deering, ex CEO of Sony Europe.

What’s outstanding about this new EMF detector, the Sherlock, is it’s high sensitivity for a such a low price – it’s due to sell at around £30 (sterling). Nothing currently on sale at this price offers anything like the sensitivity of the Sherlock.

It’s also very easy to use. EMF exposure levels are indicated by colored LEDs. It’s small size means you can carry it round in your pocket all the time.

On 1 September 2014 Sensory Perspective was the first EMF protection company to go to the public, through crowdfunding, to raise money to produce and commercialize this new EMF detector.

How Does Crowdfunding Work?

It allows ordinary people with limited financial means to support and promote a project they believe in.

– invest in a project you believe in

– invest in an ethical business

(People from every country in the world can invest at Crowdcube except visitors from USA, Canada, or Japan.)

Nick explains in this video what he’s trying to achieve:

Nick’s project is important because a low cost EMF detector will bring us a step closer to making EMF protection affordable and accessible to everyone.

****UPDATE: Unfortunately the funding target for this EMF meter was not met. My recommendation for a good general purpose EMF meter is https://www.electricsense.com/10786/cornet-ed88t-emf-meter/