For years electrical sensitivity has been put down by many as a figment of the sufferers imagination. Speaking as a “sufferer” (though this is not my preferred description of myself) this has been pretty annoying. 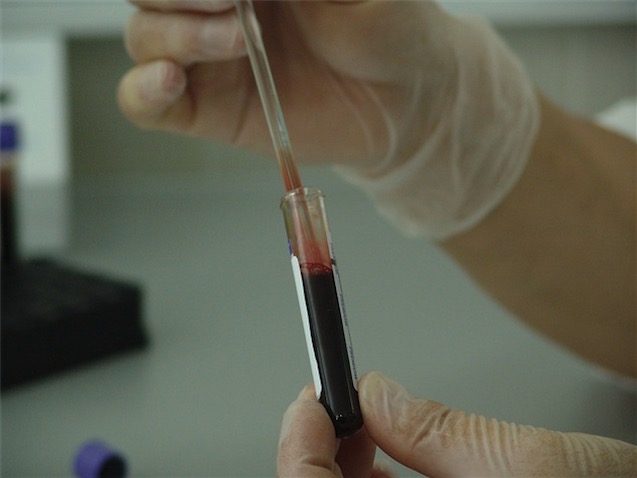 Of course I know, as do other people that are electrically sensitive that there is no way I could be imagining my symptoms, it’s all too tangible.

The problem has been that science has not been able to “prove” the contrary, but the tide is changing.

At a recent congress in Rome on the dangers of wireless technology there were presentations given by several Italian researchers, a presentation given by Olle Johansson and a very interesting presentation by Professor Belpomme.

Below I would like to share with you my transcript of Professor Belpomme’s presentation, the sound quality is poor so there may be an occasional inaccuracy, but the message that came out of Prof. Belpommes presentation was that:

– electrosensitivity is a real physical illness, just like cancer and heart disease

– electrosensitivity can be diagnosed

Here is the video and below it are my comments on what it means in terms of relief for existing electrosensitives.

Prof. Belpomme: “Diagnostic and treatment of the Electromagnetic Field Intolerance Syndrome, what I call the EFI syndrome. I prefer to use the term intolerance instead of the term electro hyper sensitivity. I will speak of the clinical experience of people who were referred to my clinics as having the so called electro hyper sensitivity. The patients were enrolled between 2008 and 2011.

As you can see, we enrolled 488 patients. I personally examined 361 patients. 271 were investigated with a new technique which is called the pulse equilibrium brain scan. What is so important, because we discovered several markers to make the diagnosis of such patients. 246 patients had specific biological tests. We can now be sure that patients with electromagnetic sensitivity are true patients.

I’d like to stress the different electromagnetic sources which could induce such a syndrome. The use of a cell phone is very high. 50% of our patients in the study had used a mobile for more than 1 hour per day during several years. So we are exactly in the same figures that have been published by Lennart Hardell dealing with the cancer occurrences which are probably due to electromagnetic fields.

In the diagnosis of the syndrome we have to first examine the patients, and to listen to what the patients said to us. We have to do the first equilibrium scan and then the objective test, which includes, this is very important, the dosage of histamine in the blood and the dosage of the heat shock proteins HSP70 and HSP27, which can make an objective diagnosis.

The criteria for the positive diagnosis of this syndrome is first to check what the patient says. The appearance of syndromes when they are close to an electromagnetic field source, and the disappearance of symptoms when they are not close to these electromagnetic field sources. What is very important is to avoid any classical pathology in such patients; that’s very relative. So that’s essential. There are many diagnosis of fatigue, depression, sensitivity troubles.

We use a very new technical approach. This approach is very sensible and important, because it’s a screening approach. The machine is a combination of a computer and a Pulsed Eco-Doppler which can detect circulation in the brain. The goal is to see whether there is, or not, deficiency in the vascular perfusion inside your brain.

Scans of the Limbic area of the Brain

We’ve first to verify that the two research elements are in good position in each side of the temporal load, so as to be sure our **** will be in good condition. This is based on a series of 150 subject normal controls, and you can see that we define normality in this scan. On the left is the right hemisphere, on the right it’s the left hemisphere. You can see the surface for each hemisphere and on the right is your surface. You go inside the brain and into central part of the scan.

You have two symmetric regions which correspond to the limbic area. This is very important to understand that we have not only two cerebral hemispheres but also hippocampus, which is the very primitive brain that has been describe by Paul Broca 2 centuries ago I guess, as the limbic system. It’s very important for our purpose today to consider these limbic areas.

This is what we found in a normal subject; you see that all in the areas are up to the normality  you have these types of colors. This is what we found in patients with electromagnetic field intolerance; as you can see, there are many parts which are under normality and particularly it corresponds to the limbic areas in the left part of the brain. That means that you have some deficiency in vascular perfusion in such patients.

This study is very important because for the first time we can discriminate electromagnetic fields with an objective biological positive test. 70% of our patients had a very severe deep deficiency in vitamin D, but it’s not specific. Almost 1 out of 2 patients have a decrease in HSP27 and or HSP70, that is very important.

Looking at histamine the analysis found that more than 40% of the patients are hyper histaminic aswell. This is very important as far as the physical pathological interpretation is concerned.

We have a deficiency in melatonin in urine in 1 patient out of 3, which explains the incidence of fatigue and depression in some of these patients. In 20% of the cases anti-myelin proteins were increased in the blood.”

For people that are wondering if they are ES the above is not just great news, it’s a breakthrough.  Now you can have a formal diagnosis carried out, and what’s more it doesn’t “hurt”. You are not having to subject yourself to more EMFs to “prove” that you are ES.

But for others that already know they are ES and are looking for solutions how does this help? If you look into the detail of Prof. Belpomme’s research I think there are some clues, he says:

-two thirds of patients were significantly deficient in Vitamin D. What is the principal and most healthy source of Vitamin D for people? The sunshine.

– one third of patients had low levels of Melatonin. Melatonin is a hormone that is secreted during your sleep.

I am not suggesting that you can cure ES just by exposing yourself to more sunshine and getting more sleep but there are some very simple things you can do to alleviate your symptoms.

Being electrosensitive is not a fatality.

To learn more about the research, diagnosis and treatment of electrosensitivity click here.