But now his work (and life) revolve around something quite different – electromagnetic fields (EMFs).

He became fascinated with EMFs in the 1980s when the German building biology literature on geopathic stress and sick buildings was translated into English.

Things came to a head in 1988 when he was dealing with an 11 year old girl with fibromyalgia.

There was a problem – this little girl wasn’t responding to any of his treatments.

6 weeks later he was still racking his brains.

Then he had a brainwave.

‘Let’s look at the electromagnetic fields in her home’.

He went back to her home to do some testing.

He discovered that the magnetic fields in her bedroom were completely off the scale.

He realized she was sleeping against the outside wall on the second floor where the electrical’s came into the house.

She could actually hear the electricity crackling in the night.

The poor girl was lying in a horrific magnetic field all night and not sleeping well at all.

That wasn’t the only problem.

Every evening she would sit at the dining room table to do her homework for 2 or 3 hours – he found another EMF hotspot right where she was doing her homework.

The dining table was next to the electrical columns that ran down the house to the fuse box in the basement.

So he moved her to another bedroom and also shifted her place for doing her homework.

The next day she was already feeling much better.

Within three weeks she was completely over her fibromyalgia – without treatment.

For Ross, this was like a big bell going off in his head and got him thinking.

“How many other people are having this issue???”

He began looking at clients that weren’t responding the way he expected them to and took a different approach.

He started going into their homes and doing an EMF audit.

Inevitably he nearly always found something.

Ross Andersen soon realized this was a major issue for a lot of people and for nearly 30 years now has been working – finding electromagnetic radiation solutions for people. 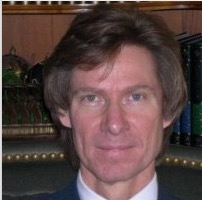 Dr. Andersen is a graduate of the Canadian Chiropractic College, the Canadian Naturopathic College and the National Academy of Osteopathy. In 2005, he had a close call with cancer and survived through alternative treatment. Since the 1980s he’s been involved almost exclusively with EMF work, offering home/business consultations and evaluations. He is the founder of safezoneemf.com.

Listen to my interview with Dr. Ross Andersen and learn:

*****This interview has now been broadcast. To listen to future free EMF interviews make sure you are signed up to my newsletter.*****