Did you know that there are alarming similarities between pesticide poisoning and electromagnetic radiation poisoning?

EMF’s and Pesticides: the Body’s Essential Enzyme Balance is Disturbed 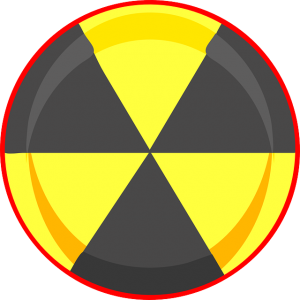 Here’s for the technicalities; organophosphate pesticides interfere with our bodies’ ability to produce the enzyme: cholinesterase. This is an important nervous-system-balancing enzyme. Without it, our bodies produce too much acetylcholine.

An abundance of acetylcholine causes the nervous system to become over stimulated–even to the point of acute poisoning or death.

Interestingly, these symptoms are very similar to those suffered by people who are sensitive to electromagnetic radiation otherwise known as electrical sensitivity.

In the 1960’s and 70’s, research into the impact of microwave radiation on living organisms was conducted by the Russians. They found that EMF’s could inhibit cholinesterase, producing too much acetylcholine.

A 1994 study by the Russian Institute of Cell Biophysics produced results that demonstrated that electromagnetic frequency radiation, like microwaves or cell phone radiation, causes a decrease in concentrations in the blood of the enzyme cholinesterase, to less than 70% of the pre-exposure level, a level considered dangerously low because of the health risks associated with higher acetylcholine levels.

Too much acetylcholine can result in serious nervous system disorders. Electromagnetic frequency radiation, in this regard, works like pesticide poisoning…and like nerve gas.

This reaction of inhibited production of cholinesterase and an overabundance of acetylcholine is similar to the way military nerve gases operate. These gases, such as the nerve gas: Sarin (classified as a Weapon of Mass Destruction), are used as bio-weaponry and kill by inhibiting cholinesterase.

In addition to the studies by the Soviets, a U.S. government study was conducted in an effort to replicate the 1994 Russian study mentioned above and found that microwave radiation exposure caused a significant drop in cholinesterase. These studies offer sound scientific evidence to verify that a physiological effect from EMF exposure takes place in the body that is similar to the effect caused by nerve gas poisoning.

Personally, I do not relish the idea of being exposed to poisonous pesticides, nor do I wish to be exposed to a biological weapon of mass destruction. Would you want you and your loved ones to be poisoned by exposure to either of these toxins in your environment?