For Maggie it all started with her daughter when she was in second-grade.

She was coming home from school, two to three times a week, with severe headaches.

Maggie couldn’t figure out what was going on.

She tried everything, even to the point of requesting that her daughter sit at the front of the class, thinking that she was having a problem seeing the blackboard.

Then her eldest daughter, who was in sixth-grade at the time, also started complaining of having heart palpitations at school.

Maggie consulted various doctors but they all drew a blank.

She started researching on the Internet too.

It was actually a smartboard – a device emitting radio frequency microwave radiation.

To her horror she realized that in requesting that her daughter sit at the front of the class she was exposing her to more radiation.

To make matters worse, Maggie learned that the school was busy installing WIFi routers in all the classroom’s on the ceiling.

She contacted the Board of Ed and sent emails with links to YouTube videos to staff and parents to warn them of the situation.

She went to meetings.

She shared her research.

But she realized she was being negatively looked at because a lot of people didn’t understand the information that she was presenting them with.

She also learned that the School’s Board of Ed were getting funding as part of the Common Core, which is why they were shunning her studies and not allowing her to bring further awareness to other parents.

In fact, they were doing everything they possibly could to stop her from bringing awareness to other parents.

After three years of this back and forth with the school district and the administration and the Board of Ed, Maggie went to legislators, to the Town Hall and filed FOIAs.

At the time Maggie was living in a very large triple A school district with a student body of 10,000 students in a very upper middle class area.

“A lot of the parents, they want their children to have the latest technology. A lot of the PTA actually got together to fundraise, to actually purchase more of the smartboards for every classroom”.

But Maggie knew this technology was dangerous so she purchased an EMF meter and went into the school and took readings.

“From the gym to the cafeteria to the library. I wasn’t able to get into a classroom because they wouldn’t allow me. I would go around with this device within my own home and show [my kids] when the cell phone was on or not on, what was happening, and what radio-frequencies were actually being emitted that we can’t see, smell, or taste or feel to a certain extent. “

But Maggie say’s, “you can feel them. You can get affected by them just like my two younger daughters did.”

She say’s, ‘once my kids saw this – they call it my magic wand – they grasped the imminent danger’.

Given the schools refusal to take any action Maggie decided to homeschool her children and her children’s symptoms subsided. 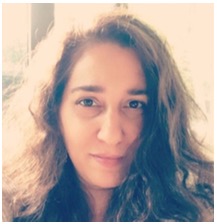 Maggie Tzez is certified in Reiki and Kundalini Yoga and has degrees in the sciences and art history.

Listen to my interview with Maggie Tzez and discover:

*****This interview has now been broadcast to listen to future EMF/health interviews make sure you are signed up to my newsletter.***** (If you received notification of this interview by email you don’t need to sign up again.)