It’s funny how one thing leads to another.

What led me to Michael Schwaebe was my interview with Building Biologist Alex Stadtner.

I contacted Michael and we struck up a conversation via email.

Like Alex, Michael is a Building Biology Environmental Consultant.

Michael sent me the report he’d written on dirty electricity. I read it and thought it was very good. I sent him an email back asking him if he’d like to be interviewed.

He said he would. He then sent some presentations and reports he’d written on:

I was surprised by the amount of research Michael had conducted in this field. Really good research.
Michael said to me, ‘what do you want to interview me about’? I said to him ‘there’s a lot I’d like to talk to you about, but there is one report that interests me particularly’.

Healing Modalities That Have Worked For Me

Because what interests me more than anything else, is helping people deal with EMF exposures. In a word, healing. It seems that this is something that also interests Michael, because he’s written a report that also addresses this issue, called Electrical Sensitivity – Healing modalities that have worked for me.

At first glance you might mistake Michael for a ‘common or garden’ Building Biologist. His reports on smart meters, dirty electricity and substation EMFs are very professional and scientific, as would be expected.

His ‘Healing Modalities’ report, however, I found to be more revealing and more in line with my own thinking. None of this is surprising when you look at the chain of events that led Michael to where he is today.

After graduating from Oregon State University in 1969 with a degree in Mechanical Engineering Michael was commissioned into the Navy and in the 1980s went to work in the private sector.

Then in 1993 while working at a nuclear power plant Michael experienced what he call’s a ‘God knock’. He hit his hard hat protected head and suffered a cervical whiplash injury with concussion. He experienced, “vision dysfunction, vestibular dysfunction, cognitive and emotional changes, depression and PTSD, head to toe pain, ‘sensitive to everything’ that lingered for years”.

No Diagnosis, No Surgery, No Pill Or Magic Bullet

Needless to say Michael consulted far and wide. Interestingly, a neurologist he consulted early on said to him “there was no diagnosis that would lead to my healing, no surgery, no pill or magic bullet. He said I would know by a gut feeling what I would need to do as my next step, that I would explore the medical mainstream model and
alternative therapies, that insurance would not pay, and that I would find my way”.

Finding his way involved studying Biogeometry in order to ‘remediate the powers of nature around him so that he could be more comfortable’. In 2006 it inspired him to undertake the Building Biology training.

The Healing Modalities report brings us up to date on where Michael is on his healing journey.

What I like in this report is the emphasis on the bigger picture. He talks about the importance of dealing with EMFs and creating a safe environment, but he also talks about:

Thankfully Michael is now functioning in life, using a computer and helping people. But he also admits that he is still finding his way and in this respect his report is very much still work in progress. You can download his report here. 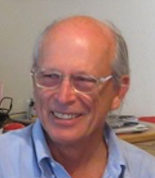 Primarily I will be talking to Michael about healing modalities for dealing with EMF sensitivity. But we’ll also be talking about the work he’s done on cell towers, smart meters and dirty electricity.