In 1999 Jack was at pre-school. One day Peter and his wife were informed by the school that because of Jack’s behavior they wouldn’t be able to continue schooling him.

The teacher suggested they have Jack undergo a psychological evaluation.

So they contacted the Children’s Health Council. Jack was diagnosed with sensory dysfunction, which is at the low end of the autism spectrum.

This was really hard for Peter and his wife to hear.

They started working on therapies to reduce his sensory load, to make the environment softer end de-stress it.

In 2003 their second son Max went to pre-school. One day the teachers asked to have a meeting with Peter and his wife. They told them there were issues with Max, he wasn’t interacting with the other children.

They’d been so focused on helping Jack with his autism they hadn’t noticed Max’s issues. In their minds ‘Max was the easy baby’.

Now they had to two autistic children to deal with.

As if that wasn’t bad enough, at the same time Peter began to experience his own serious health issues. He was suffering from food allergies, fatigue and not sleeping well.

So they started looking at everything, genetics, diet, toxins in the home, mold….

As a silicon valley engineer, Peter says he would never have looked at electromagnetic fields (EMFs). He admits, “I thought you were ‘non-scientific’ if you brought up EMFs”.

Then curiously one day he started reacting to EMFs. He started feeling symptoms when holding his cell phone next to his head.

Then there was another episode. In 2007 he was rummaging round under his work space trying to plug in a transformer. He came out from under his desk not feeling well. His head felt fuzzy for about 40 minutes afterwards. 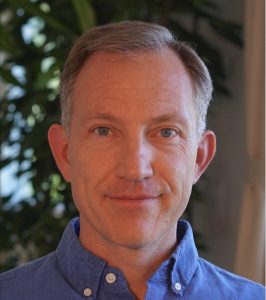 So Peter began to look at electromagnetic fields (EMFs) more closely. He called in Building Biologists . And he applied EMF protection and mitigation in his life. Slowly things started to get better.

Peter and his wife’s efforts certainly paid off. Jack is now studying at UC Berkley, Max is also doing well at school, even playing the lead part in the school play and Peter’s health issues have been resolved.

All these experiences have had a big impact on Peter’s life and career. Peter is now a social entrepreneur working to help families recover from autism and raising awareness on the EMF issue.

Through his journey Peter has come to understand that there are many factors in the autism puzzle; genetics (but this is not about hereditary genetics), biological factors, chemical toxins and EMFs.

Not surprisingly, Peter sees EMFs as a ‘key piece of the autism puzzle’ because it impacts a lot of the other factors.

Peter Sullivan is a computer scientist and founder of Clear Light Ventures, an organization which researches efforts to reduce environmental factors that impair public health.

Peter’s projects have focused on mercury and other toxic metals, and more recently on electrical sensitivity and EMFs.

He has worked with various Universities, Harvard, Stanford and Berkeley to study the contribution of these toxins to autism and other conditions.

Peter completed a Master’s degree in Computer Science at Stanford University in 1998. He has worked as a software designer for Netflix, Inc., Interwoven, Inc., Excite@Home, and Silicon Graphics.

Clear Light Ventures provides simple clear advice and valuable information for parents of autistic children or those who are concerned about the health effects of wireless radiation.

In this interview we will be talking about autism and EMFs, and specifically: