She was a young, ambitious real estate agent.

She was working hard, really hard.

Usually the first person in the office in the morning and the last one out at night.

Plus, in her free time she was studying and taking courses on how to become a better real estate agent.

But, she felt so tired.

Which makes sense, with all the stress and long hours.

Except it was an unnatural tiredness.

She consulted doctors. Many doctors.

Eventually, they diagnosed her with Epstein-Barr, a virus that causes mononucleosis chronic fatigue.

They gave her medication. But she wasn’t at ease taking the drugs. So she started to go into the natural world and consulted naturopaths.

At that time, she was trying everything and pretty much anything, treatments, acupuncture, massages.

Clearly, a lot of her symptoms were stress-related. Not just due to stress in her professional life but in her private life too.

That year she split up with her husband. They’d met in real estate 11 years previously and had some good years together. But they’d grown apart.

There was a lot going on, and as Lucy explains, “if your immune system is down, the frequency of your body is down”.

Then, one night she was out at a club having a good time. All of a sudden the room started spinning and she broke out in a sweat.

In minutes her dress was completely drenched, she had to go outside to the patio.

It wasn’t until some time afterwards that she realized what had happened. She’d gone into instant and dramatic menopause.

Following this episode she began to experience pain in her extremities, her fingers and legs. It would come and go, a mixture of tingling, numbness and pain.

Increasingly, she was experiencing ringing in her ears and an, “electrical zapping in the occipital areas of my head”.

She was doing 15 hour days, but whenever she could she would take herself to emergency, consult doctors, try different treatments.

But it was always the same old refrain, “nothing’s wrong. We’ve done all these tests and we can’t find anything.”

This went on for years and it got worse. Her nervous system was fried, she was increasingly depressed and there were times she could barely walk.

Then every three months, as a real-estate agent, she’d instinctively hand her phone over to a colleague and leave for two or three weeks at a time.

She’d go to a wellness center. She’d do the treatments, do the detoxification and she’d feel better. She’d go back to work and then three months later, bam, she’d be sick again.

One day she got angry with her doctor, “I’ve been telling you about the pain in my legs for four years now and you’ve done nothing about it!” He was shocked. But he’d just returned from a weekend seminar at an environmental clinic.

Her doctor replied, “wow, I think you’ve got this… you’re the first person I’ve met… I think it’s called electro-hyper-sensitivity“.

He told Lucy to try and find a clean environment and get away from electromagnetic fields, “to see if things improve”.

So she did. And they did. 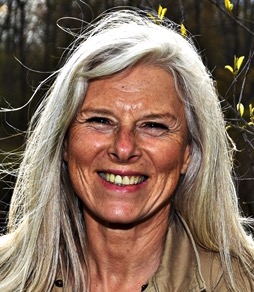 For 24 years, Lucy Sanford was a very successful real estate agent in Toronto. After struggling for some 20 years with a growing list of mysterious and highly debilitating symptoms, she was finally diagnosed with electrical-hyper-sensitivity.

Amazingly, today, Lucy no longer has any symptoms around EMF devices. She is ‘cured’.

Perhaps even more A-mazing is that Lucy was quite recently diagnosed with stage 4 cancer and she applied the same techniques she learned in dealing with her EHS to overcome her cancer.

Listen to my truly inspiring interview with Lucy Sanford and learn:

*****This interview has been broadcast – to access future interviews for FREE make sure you are signed up to my newsletter.*****