You press a button it lights your home.

You press another it cooks your food.

Other buttons and devices, wash your clothes, brush your teeth, open your garage door and entertain you.

What am I talking about?

It’s in our homes, our offices, in our cars it pervades nearly every aspect of our lives.

Electricity might be marvelous but there’s two sides to the coin.

We know so little about the other side of the coin.

When Nikola Tesla invented the modern electrical system back in the 19th century his invention was seen as a gigantic technological leap forward.

Towns, cities and entire countries clamored to implement his invention. Few people stopped to consider how electricity worked or if it could be harmful to our health.

When cell phones first came on the scene 20 years ago there was the same clamor, the same ignorance as when Tesla brought electricity into peoples homes 100 years before.

The Other Side Of The Coin

Tesla experienced mental health problems in the second half of his life subsequent to his work on electricity and the EMF exposures that came with it.

More recent pioneers of cell phone technology have suffered the same fate. Most people are ignorant of these facts also. Steven Magee is not.

Steven Magee is one of the leading radiation and human health experts in the world. Working in a hospital biomedical team he became fascinated in human illness and disease. His work as a Chartered electrical engineer took him to the worlds leading astronomical facility in Hawaii. In 2008 he commissioned the largest thin film photovoltaic installation in the world. He has travelled extensively and authored books on subjects as diverse as solar power, architecture and EMFs and human health. 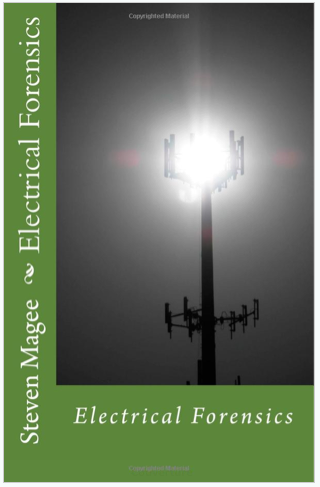 When you talk about electricity things can soon get technical but Steven Magee goes to great pains to explain concepts in layman’s terms.

In his introduction he offers easy to understand definitions of some common electrical terms. He compares electrical current to the speed of a flowing river, voltage as the width, watts as the surface area and impedance as the slope of the river. He talks about electricity in the broadest sense of the term and gives some unique insights on wireless radiation, satellites, earthing, dirty electricity, harmonics, Faraday cages and shielding.

On electrical sensitivity (ES) Steven Magee says, “Radio wave sickness and electromagnetic hypersensitivity are easily preventable and one can only wonder how much longer the insanity of modern governments is going to be allowed to continue in this area”. He talks about shielding as a solution for ES, addresses the many misconceptions surrounding the subject and gives some solid and original ways of alleviating the symptoms of ES.

I found this book a fascinating and slightly eclectic read. I guarantee you will learn things. I learn’t things.

Steven Magee doesn’t mince his words he says, “electrical systems have been shown time and time again to increase the risk of illness and disease.” He explains complex issues relating to EMFs and health in simple, easy to understand terms.

The biological effects of EMFs in plants and trees was extensively researched by Dr. John Nash Ott in the 1950s. This was not done just out of curiosity. We can learn a lot from plants. If an EMF can affect growth patterns in plants then it can probably affect human cellular development.

Steven Magee carries on where Dr Ott left off. Observing certain plants and trees can tell us a lot about our electromagnetic environment. There are lots of pictures of plants. We learn that the Dieffenbachia plant soon shows significant problems of leaf growth, leaf patterning and stem branching when placed near a common EMF source such as an LED TV.

There’s a good section on cell towers and antennas with pictures of different types of antennas and how they transmit.

It’s a fascinating and enlightening read. This book is information dense and there’s plenty of pictures and diagrams to bring clarity.

Where To Buy This Book?

The book exists in a paperback and you can buy it through Amazon, click here for details.

If you’re interested in learning more about the health effects of EMFs with practical tips on mitigation I recommend reading Electrical Forensics.