Jason was 16 years old and listening to ‘One Perfect Day’, about to hit the surf at Maroubra beach, south of Sydney.

It was a surfers dream, nice waves, offshore winds. The sand banks were perfect.

But as he paddled out to the breaks he was shocked at what he saw.

He found himself surrounded by not just the sea but a sea of debris – condoms, toilet paper and excrement.

When he got home it took him 30 minutes and nearly a full bar of soap to wash off the stench.

He decided to do something about it.

He started a small campaign group and went from being something of a delinquent to a hard-working student eventually graduating with a Bachelor of Applied Science.

He landed a job with the New South Wales Department of Health.

But his rebellious tendencies were not to be tamed.

Whilst studying for his Masters degree he started researching the effects of lead in paint.

It was killing dogs and poisoning children.

At the time the government were blaming it on lead in petrol.

He realized the main problem was lead in paint. Again his actions were instrumental in a change in government policy.

Seeing an opportunity for making money by offering solutions that help people, he invested in hand-held spectrum analyzers that tested for lead.

He went on to build his business fortune on the technology used to address various environmental health problems.

In 2015 in listening to an interview with neurosurgeon Dr. Jack Kruse he stumbled across the electromagnetic field (EMF) issue and had a ‘Aha’ moment.

His mother, who had passed away a few years ago, had suffered ill health for most of her life.

She was frequently bedridden and very sensitive to EMFs and certain chemicals.

He was very close to his mother and became obsessed with searching for a treatment for her.

He spent hundreds of thousands of dollars, consulting top-flight medical specialists, faith healers and even shamans to help his mother. Sadly, with no success.

At about the same time he started having his own health issues, high cholesterol, blood pressure and weight gain.

His doctor told him he was pre-diabetic and that he needed to exercise and eat more healthily.

But his research was suggesting that EMFs and light – he’d spent 20 years working in an artificially lit office bathed in wireless signals – might be the bigger culprits.

Jason Bawden-Smith says, “based on my research I believe that our immersion in artificial light and harmful electromagnetic fields constitutes one of the biggest threats to humanity”.

He calls this the ‘dark side of technology’, which is the subject of his latest book. 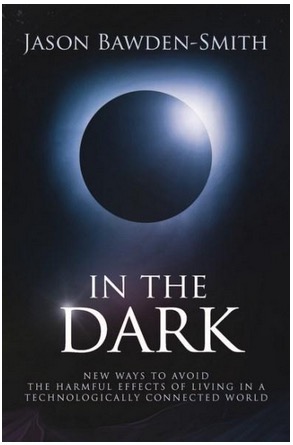 In The Dark: New Ways to Avoid the Harmful Effects of Living in a Technologically Connected World is divided into four parts:

Part 1: In the light – which reviews the science behind how light affects our health and how artificial light adversely affects our well-being.

Part 2: Electri-fried – examines the EMFs, the different types of EMFs and how certain man-made EMFs can impact our health

Part 3: What you can do – looks at practical solutions. Ways that you can protect yourself and your loved one’s.

Part 4: Shadows in the future – looks at what the future may hold and explores how entrepreneurs can become part of the solution.

Wake Up – Come Into The Light

This is not just another book about the dangers of EMFs (which incidentally there can never be too many of) it’s a book that put’s the impact of daylight on our health center stage.

Jason explains that eyes are not just there to enable you to ‘see’. Beams of light which shine on the retina are converted to electrical impulses which once sent to your brain travel down your spinal cord reaching all your organs, glands, muscles and all your body’s systems.

It’s simple – the light you expose yourself to can either regulate or deregulate your health.

If you look at the news, you might be tricked into thinking that humanity’s greatest threat is climate change, nuclear war, terrorism or any number of other issues that dominate the media channels from time to time. But what Jason reveals in this book, is that it’s none of these.

Humanity’s greatest threat is quite simply our addiction to technology. This isn’t something he says lightly. It’s based on solid research – let’s not forget he’s an environmental scientist who’s published eleven peer-reviewed papers.

His book includes references to over 100 peer reviewed papers in scientific and medical journals.

Yes, Jason’s done his EMF homework. He references the work of ground-breaking researchers and scientists, people like Dr Martin Pall, Dr Magda Havas, Dr Martin Blank and Dr Sam Milham – many of whom I’ve interviewed in my quest to share this important information with the public.

But he also shares some other interesting research. Notably that of Richard Lear which pinpoints the $2.5 trillion annual cost of these diseases and the link with EMF exposures.

Jason outlines his own solutions by walking you through a day in his life. He talks about piecing together a hybrid solution. Your own solution. Connecting with nature is central to his approach but he also he shares some technological solutions.

Part of Jason’s solution is using devices that work at the quantum level. He says these devices are proven but admits, “I would like to see more hard scientific evidence that they work”.

I appreciate his honesty.

What You Can Learn

Read In The Dark: New Ways to Avoid the Harmful Effects of Living in a Technologically Connected World and learn:

Optimistic About The Future

What I particularly liked about Jason’s book, is that despite the dangers, despite the cost incurred in terms of his own health and his mothers health, he’s optimistic about the future.

He argues that now is the time to recognize the dangers of EMFs and artificial lighting. Out of this recognition of the dangers of will come opportunities. Entrepreneurs and businesses that strive to offer solutions, that flow rather than force, will flourish he say’s.

This book sheds a truly new light on the EMF issue. It’s very well researched, an easy read and it’s optimistic outlook towards the future gives it a nice vibe.

You can currently buy this book from Amazon.com. 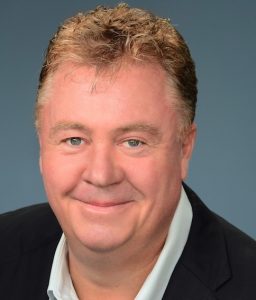 Jason Bawden-Smith holds two applied science degrees and has published eleven peer-reviewed papers, including three in the prestigious Medical Journal of Australia. He’s made presentations at numerous national and international environmental conferences on a variety of topics and is a frequent media guest.

Jason’s achievements, include sourcing and introducing technology into Australia that has reduced lead poisoning in children and reduced the impact of excessive exploration and mining activities.

In this interview exclusive we discuss: