Paul was living in Fukuoka, Japan.

He’d just started working at Kyushu University, in the city.

6 months into the job he suddenly got sick and started having allergies.

He was experiencing bizarre flu-like symptoms that he couldn’t seem to recover from.

“I just was getting sicker and sicker, having all these bizarre symptoms.”

He was drinking tons of bottles of water and just couldn’t seem to quench his thirst.

He consulted various doctors but they couldn’t find anything wrong.

So he started Googling his symptoms.

What came up was chronic fatigue syndrome.

He went to see the chronic fatigue syndrome specialist at Kyushu University Hospital.

“He basically told me that there was nothing he could really do for me.”

They wanted to give him some anti-anxiety medication, which he refused.

He was fortunate to find a nearby doctor nearby, in the city of Saga.

Doctor Yayama had graduated from Kyushu University and was a surgeon but he’d started working in alternative medicine.

He’d invented a machine, kind of like a Star Trek type of scanner.

On Doctor Yayama’s pamphlet, it cited the cause of modern disease as chemical toxicity, metal toxicity, electromagnetic radiation and pathogens, and your genetic makeup.

Paul began to do some research and started suspecting that electromagnetic fields might be a factor.

“I remember driving and just noticing all the antennas along the highway that I had never paid attention to before.”

He realized that there were a number of cell phone towers that were very close to his apartment.

With his partner they decided to look for a ‘low EMF’ rental property.

They went around looking for a place in the mountains and eventually found a log house that was for rent where there were no bars on their cell phone.

Within the first 24 hours, 50% of his symptoms had disappeared.

Paul knew right then and there that EMFs probably were the largest factor in his immune system breakdown and what was making him sick.

Paul has since qualified as an electromagnetic radiation specialist and developed a special dietary protocol for EMFs.

Today he is in excellent health. “I’m barely affected by the electrosmog. It doesn’t bother me at all.”

Paul has just spent the last 18 months in China and has uncovered an alarming link between the Coronavirus and 5G. 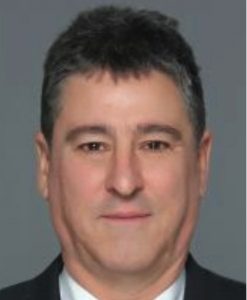 Paul Doyon is a researcher, writer, a teacher and educator of 33 years, who inadvertently became involved in researching the EMF issue after becoming sick 15 years ago whilst living in the vicinity of several cell phone towers. Paul is a certified building biology practitioner and electromagnetic radiation specialist with the International Institute for Building Biology And Ecology. He’s also the founder of www.emfrefugee.blogspot.com.

Listen to my interview with Paul and discover:

*****This interview has been broadcast. To listen to future EMF/healing interviews make sure you are signed up to my newsletter.*****