In this video Dr. Kerry Crofton reacts to the Council of Europe’s report on the dangers of EMFs and shares some home truths about wireless radiation, you will learn that;

– nobody is looking at the combined effects of this pollution (e.g. living next door to a factory and a cell tower)

– we cannot rely on the regulators to protect us, they have been slow before (remember lead and gasoline) and now they are being slow again.

Here is the video with transcript below:

American researchers don’t seem to be worried about cancer risks. The World Health Organization said the risks are slim to none. What are they missing? Well there are some researchers that are concerned and I was quite horrified actually when I began researching to discover that there not only hundreds of studies showing clear evidence of harm, there are in fact thousands of studies. So there is evidence, there is cause to be concerned. That’s extraordinary. Excuse me I’ve got to take a cell phone call, no. I want you to know I’m on a wired connection as we speak.

Yeah okay, that’s probably quite wise. Is this a case of scientists, given that there are thousands studies and we don’t ever read about them in the newspapers, is this the scientists fudging the numbers? Is it the 5 or 6 corporations that control well over 80% of the media in the United States including over 11,000 magazines? Are the scientists and media acting as corporate shows or have we just somehow overlooked all of this?

It’s a complex situation and I think we’ll know in some years when we look back on this. If we do have a global pandemic of pediatric illness, people are going to ask, “How did this happen?” Well one of the reasons that this happened is that the regulations are not in line with the science, and are not protecting us. So the industry will say these exposure are low, have you heard that, they’re so low.

Combined Effects Of Wireless Radiation and Other Pollution

But nobody is looking at the combined effect of the exposures. My concern is, if we had a factory beside the school and the fumes from this factory had been shown to cause a series of biological effects; weaken the brain blood barrier, damage to DNA, suppression of the immune system, cardiac effects, and cognitive impairment; how long would that factory stay beside the school? There is evidence that this electro-pollution, now of course we can’t see it, we can’t smell it, most of us can’t feel it, but there is evidence that our children are at risk. 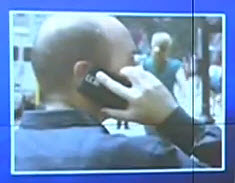 If this is true and wireless technology causes cancer how can society manage now that everything is wireless? It’s everywhere, isn’t it? This is the dilemma. Yeah, it’s in your book, you don’t even have to have a cell phone, you’re been irradiated by the towers. That’s right, I call upon parents and grandparents to realize that now we can’t wait. As the Council of Europe pointed out, the health regulators have not been quick off the mark to protect public health from tobacco, asbestos, lead – remember lead and gasoline?

Wireless Radiation Threatens The Health Of Our Children

Yeah. Well they’ve also found lead in babies’ bibs and in children’s toys. So as a parent I really call upon your viewers to realize that we have to take steps. There are safer solutions. We can keep the technology. Kids in schools can have internet access. But it’s a wired hookup or a fiber optic hook up. So I’ve put a plan in place for my family with the input of world leading experts. I really encourage parents and grandparents or anyone that really cares about their health to realize we have to take action. This is what the Council calls precautionary principle and I really feel it’s well worth our children’s risk. The health of our children is at risk. I mean, don’t you think that we should take action to protect them?

Dr Crofton makes some very good points. But I would go even further, the real problem is not just wireless radiation it is electromagnetic field exposure generally, we all need to be taking steps to reduce our EMF exposure.