Physicist Guy Hudson worked for years in IT (information technology).

Then he became ill.

He eventually realized the problem was his electromagnetic environment.

He read the studies, cleaned up his act and started to develop new approaches to dealing with EMFs.

Here’s an article Guy has written about WiFi, it’s stuffed with tips on how to minimize your exposure to WiFi radiation: 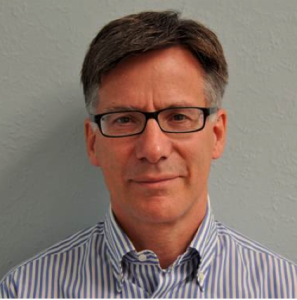 “Should we be using Wi-Fi in our homes? Can we do without it and still live an internet-connected life? Although genuine health risks have now been identiﬁed, a lot of us spend many of our leisure hours using Wi-Fi-connected devices to surf the net or socially network—but often needlessly. A number of simple safer alternatives to Wi-Fi work well; they’re almost always faster and certainly more secure.

Most of us, of course, are using Wi-Fi because it’s so fantastically convenient and the‘default’ way of doing things. It also spawned a set of useful products like tablets and Skype on smartphones, while all sorts of other new services now stem from this ability to be constantly online.

Like mobile phones, Wi-Fi involves transmitting and receiving microwave electromagnetic signals at billions of times the power that occurs in nature. At each end of the communication is a complicated transmitter/receiver, which produces not only microwaves, but also a wide band of frequencies, right down to extra-low-frequency (ELF) brain waves.

The human race has been around for many thousands of years, but has only been subjected to this ﬂood of electromagnetic waves in the last two decades, and some of us are struggling to adjust.

Wi-Fi is something you cannot see or feel, although some people (and animals) are able to hear it. Ofﬁcially dubbed the‘microwave auditory effect’, this is caused by the microwave pulse setting up an acoustic pressure wave that travels through bone to the inner ear.

Safety regulations used by the government have not changed signiﬁcantly since the 1990s, and are only concerned with preventing electrical shocks and being overheated by the microwaves, not the longer-term biological effects seen at much lower levels of radiation. In the meantime, according to the BioInitiative 2012 report (www.bioinitiative.org), Wi-Fi has become so heavily used that it is, in fact, almost impossible to avoid.

As Swedish Associate Professor Olle Johansson, who has been researching the effects of electromagnetic radiation on our immune systems for several decades now, stated:“The body’s known enemies do not include modern electromagnetic ﬁelds . . . They are an entirely new form of exposure and could pose to be a biological ‘terrorist army’ against which there are no working defence walls.”

Also, Sandi Maurer of the EMF Safety Network recently sent a letter to members of the school board, staff and teachers of the Sebastopol Union School District in California including data from such experts as Harvard paediatric neurologist and neuroscientist Dr Martha Herbert and the late physicist and EMF researcher Dr Ted Litovitz, urging that Wi-Fi not be installed in schools and that wired communications be used instead.

These are just two instances of the many doctors and scientists now advising greater caution with this relatively new technology.

The dangers are great as the effects build up over time, and the enormous range of symptoms has different reaction times, depending on the type of electrosmog, and are often compounded by other problems such as food and chemical sensitivity. Not surprisingly, it is difﬁcult to isolate exactly what is causing what.Wi-Fi can sometimes be the ﬁnal straw that triggers the allergic symptoms.

Unlike the variable radiation signals found in nature, Wi-Fi pulses at a constant level, which happens to be the same frequency as brain waves. The sharp, square waveform and the unwavering constancy of the frequency seem to affect us by stimulating the immune system. Our immune system tries to combat this effect of microwaves but, over time, the response is eventually exhausted.

People often have widely differing complexes of symptoms—including a rapid onset after exposure in some— but it’s more often the case that those habitually exposed take some time for their immune systems to become exhausted and only at that point do they begin to notice allergic-type sensitivities.

In some cases, Wi-Fi and Bluetooth are unavoidable, especially when it involves the use of a mobile phone in a car or a computer away from a desk, but nearly all the apps and services available on‘Wi-Fi-only’ devices are also available on laptops as well.

This means you can save money on your electric bill by going wired instead of using microwave radio signals. In fact, switching oﬀ your Wi-Fi could save you £30–40 a year in electricity costs. You can use a simple cable to connect to the internet, as internet hubs still have sockets for ethernet cables in the back. The BT ones are bright yellow—you can’t miss them. The plugs and sockets at each end of the cable are similar to those for phones, but with more connectors.

The cables are easy to ﬁnd and start at £2 each, and one often comes with the hub. The tricky bit is switching off the Wi-Fi in the hub, as the standard setting it comes with is already on at full strength. For older hubs you can just remove the aerials, but for newer ones, you need to log in from your connected computer and change the settings online. If you look, you can ﬁnd a hub with a Wi-Fi on/ off button.

If you want to wire up throughout the house, use a dLAN system of plugs that connect to the ethernet through the electrical wiring. A pair of plugs starts at £30 or less. But some electrosensitive people are sensitive even to dLAN, so put the sockets on timers and have them turn off at night.

If you have a family member who can’t live without Wi-Fi, get a hub with an adjustable power output (only available on a few hubs), set the output as low as possible and place it as far away from people as possible to reduce their exposure. Put the router on a timer so that it’s routinely only powered up when it’s likely to be needed and, again, have it switched off whenever you can. If you have to use Wi-Fi because, for example, you have a tablet that only connects to the internet via Wi-Fi, then use all and any such devices in‘ﬂight mode’ whenever possible. Flight mode switches off the transmitters and gives a much longer battery life.

The same goes for all mobiles with Wi-Fi—so get used to switching the Wi-Fi off when it’s not needed. Consider using Google’s Android tablet, which connects to the internet via a USB port.

Other systems using Wi-Fi include:

Standard radios don’t transmit and only receive, so they’re the best option for listening to programmes on the go. (Satellite radios are an exception. They transmit.)If you’ve had an electromagnetic survey done or rent a meter, you may ﬁnd Wi-Fi signals coming from your neighbours.You can reduce this kind of radiation by shielding yourself with a combination of special paints, wallpapers and textiles.

Repeatedly streaming video or audio is much less energy-efﬁcient than downloading it once and replaying it locally. This will also save you and the environment from any additional exposures to radiofrequency radiation if you’re using wireless.

If the programme you want can only be streamed, then use a fully wired connection. But check your hardware, as a lot of wired hardware transmits as a default setting and wireless devices transmit strongly while streaming.

And if you’re streaming a video, use a fully wired connection or download the whole video while keeping well away, and view it later in ﬂight mode.”

Guy has also developed some original and effective techniques for EMF shielding. I’ll be interviewing Guy shortly as part of my “Interviews with experts” series. Watch your inbox for details.