I recently got a quite detailed question from Peter,one of my readers, on the subject of streaming and cell phone radiation here is what he said and my answer below:

I have got a big interest in the effect of wireless devices on humans and global and personal solutions. I started to educate myself, family and close friends a couple of months ago when by chance I read an article on a mobile gadget website about the recent WHO report changing the classification for mobile phones from harmless to potentially carcinogenic.
I notice no sensitivity to wifi, wireless landline phone, mobile, or bluetooth, cfl bulbs etc so I guess I have no allergy to emf, however I am concerned since I heavily rely on my mobile phone as currently my the only source of telephone and internet communication.
I live in UK and I am an artist.
I have found your website very educational and eye opening.

Part one of the question:
Is there a safe amount of radiation for browsing internet on a mobile phone or tablet while using and holding the device in hands, so if the device does not exceed the value we could use it safely for several hours daily (for phone calls loudspeaker used)?

Part two of the question:
If we can have some kind of safe value of radio radiation (until there will be one day an official WHO value, maybe after another 10-20 years of tests and research) then what is it based on? Is it set to the threshold of harming (in any way, not just thermal) a laboratory rat, or an average adult/child. Or perhaps of an allergic person (electrosensitive) so the value would be below threshold causing any symptoms?

Background of the question:

I am asking you about that as it is my own example of what I do daily. I prefer to browse on the computer (iphone 4 placed 60 cm away from me supplies the 3G internet to the computer through a usb cable – wifi is off on both devices), but I cannot seat for a longer period of time (due to my back problems). Therefore to avoid the back pain I often lay down on the bed and browse on the iphone. If I watch a longer movie (I have got a good eye sight) I mount the phone on a photographic stand to avoid holding the device in hands.
The meter readings (acoustimeter) in video of NoRadBlog show an average electromagnetic field in closest area of the phone jumping between 0 – 700uW/m2 and peak 0 – 4 V/m, when browsing on wifi.
Please note, the author made a mistake there: he shows reading for the browsing saying it is on 3G but the phone is on wifi (it is possible to see that when the video played in 720p resolution).
Iphone 4 overrides 3G and switches to wifi if wifi signal is available. Therefore these readings are taken either with wifi only instead of 3G or with both wifi and 3G on while the internet comes through wifi.
The readings reach sporadically the top of the scale of the meter when the phone is connected to the 3G network.

Please could you share your knowledge as I could not find any info about safe amount of radiation while browsing only and not making phone calls. The phones for young people and tablets for people of any age will become sooner or later primary internet browsing devices. Perhaps one day there will be invented a mobile wireless device with ultra low radio emission as low as tv or radio or satellite transmission.
I guess there will never be no radiation around us as we are exposed to the earth’s (and other planets) electromagnetic field.
Regarding the safe values I would like to mention a friend of mine who is allergic to peanuts. They can kill him when eaten and are not harmful at all to majority of people however. He can tolerate them but only in trace amounts.
However, the numbers of allergies and cancers (incurable) is growing more and more in our modern world while people statistically enjoy living longer than ever these days as the technology allows us to replace organs, treat loss of sight by laser etc.
Exposure to even minimal fields or allergens may not necessarily end up with death but with a syndrome making life extremely difficult. On the other hand being exposed to certain amounts of allergen may bring immunity to a human organism.

Thank you for your great work and the website.
Yours sincerely

(I have changed his name to protect his privacy):

Here is my reply:

What Are the Safe Radiation Levels for Internet Browsing Using a Mobile Phone?

There aren’t any safety guidelines for Internet browsing using a mobile phone per se.

Why Doesn’t SAR Protect You From Internet Browsing? 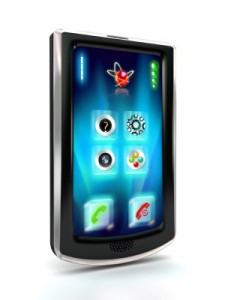 SAR only measures the thermal heating effect of cell phones. That’s to say to do the SAR testing they use a dummy filled with liquids which is supposed to represent the human body. The cell phone is held in various positions next to the body and then they use a probe to test the electrical field, but this electrical field only measures the heating effect. It does not measure the biological effects.

To my knowledge there have been no studies carried out on the use of cell phones when used for long periods for streaming and Internet browsing. The studies that we have got indicate that it’s our organs that are in the first line of fire. So when you hold your cell phone next your head then it’s your brain, if you put in your chest pocket it’s your heart, and if you have it on a belt on your waist it’s your liver and kidneys that are most likely to be affected.

Holding your cell phone in your hand for browsing is much less dangerous than holding it next to your head to speak for the same period of time. But it’s not inconceivable given this new use, given the increasing sophistication of smart phones etc that people will be using these devices for three or four or maybe five hours a day. What could be the consequences? I’m only speculating but I would not rule out arthritis, joint pain and other inflammatory diseases in the hand and arm in which you would be holding a cell phone.

If we can have some kind of safe value of radio radiation (until there will be one day an official WHO value, maybe after another 10-20 years of tests and research) then what is it based on? Is it set to the threshold of harming (in any way, not just thermal) a laboratory rat, or an average adult/child. Or perhaps of an allergic person (electrosensitive) so the value would be below threshold causing any symptoms?

More sophisticated safety guidelines do need to be introduced. Thresholds need to be established which protects adults. It is my view that children under the age of 18 should not use cell phones at all because the effects are so much greater on children, but then I do realize that this would probably be too draconian to be applied, but banning cell phones for young children is a necessity.

Introducing thresholds which protects electrosensitive people I don’t think would be feasible. People who are electrically sensitive don’t need a legal threshold or guideline they already know the dangers. The biggest issue with electrosensitives is protecting them from passive EMF exposure. Just like your environment is polluted when you have someone smoking a cigarette in close proximity, the same goes for electrosensitives when they are near to people using a cell phone or in an area where WiFi is installed instance. Everyone is prone to this kind of secondary EMF exposure because even if you can’t feel it your bodies biological mechanisms are impacted by it. It’s just that electrosensitive people are aware of it.

I am asking you about that as it is my own example of what I do daily……I often lay down on the bed and browse on the iphone.

Yes we are moving into a world where the primary Internet browsing device will be gadgets like the iPhone and other smart phones, because this is what people want. Convenience. And I can understand that, but at what price?

We are really in the dark as to what can be considered safe levels of radiation whilst using your cell phone in this way. I have used meters like the Acoustimeter and Cornet meters to measure the radiation. You do need to take these measurements with a pinch of salt. These meters do show that there is radiation and broadly speaking you can make some comparisons with the meter readings. But the actual readings themselves you cannot rely on being absolute accurate values. To get accurate meter readings you would have to do this using professional equipment in a laboratory.

Regarding the safe values I would like to mention a friend of mine who is allergic to peanuts. They can kill him when eaten and are not harmful at all to majority of people however. He can tolerate them but only in trace amounts….

As you say peanuts are not at all harmful to the vast majority of people. The difference with cell phone radiation and associated EMFs is that science has already proved that these EMFs cause DNA damage, effects on the blood brain barrier, effects on the immune system etc. These adverse effects are inflicted on everybody, not just electrosensitive people. So you see the peanut and allergy is not a good one. It would be like saying peanuts have adverse health consequences on everyone. I’m not an expert on peanuts but I don’t believe this is the case.

However, the numbers of allergies and cancers (incurable) is growing more and more in our modern world while people statistically enjoy living longer than ever these days as the technology allows us to replace organs, treat loss of sight by laser…..

Statistically people are living longer, but these statistics mask the fact that people are increasingly falling prey to diseases which negatively impact their quality of life earlier and earlier in their lives. I think this trend is set to continue not just because of EMFs but because of all the other toxins which we are increasingly being exposed to.

Technology is doing fantastic things in the health domain but how much damage are other technologies which rely on EMFs causing to our health? Nobody can say, but I would side with Sam Milham’s thinking on this.

I hope this answers your question.