In 2005 Elizabeth and her husband bought a home in the East Bay of San Francisco.

Within weeks of moving in she knew something was wrong.

But she didn’t know what it was.

The years passed and, bit by bit, her health deteriorated.

She was experiencing horrible fatigues, headaches and bizarre tooth aches.

She felt dizzy, it was as if she had a really heavy weight on her forehead and she felt as if somebody was squeezing her chest so tight that she had difficulty breathing.

She’d get these weird yawns where her jaw kind of shut before the yawn was completed – very frustrating.

Then one day she was driving back home from San Francisco with Aaron, her husband.

As they were approaching the Caldecott tunnel she mentioned to Aaron, “this is where I start to feel sick”.

Aaron replied, “this is the Hayward Fault”.

“It gets better again for a bit, then it starts up again further up the freeway at 680”, said Elizabeth.

Elizabeth sat there pondering all this information, thinking, ‘could it be the fault lines that are making me sick’?

She got home and started doing a ton of research.

A friend suggested a field test.

He got a map of the fault lines in the area and the two of them set off on a blind drive around places she didn’t know, her friend making sure she didn’t have access to the map.

She sat in the car seat and told her friend each time she felt her symptoms coming on.

Amazingly, it was ALWAYS when they were going over fault lines that her symptoms came on.

It was VERY impressive because Elizabeth didn’t miss any of them.

Which then begged the question, why was she also experiencing these symptoms at home?

She realized there were also fault lines running down her street.

But Elizabeth was not only reacting to fault lines she was reacting to man-made EMFs too.

In 2009 the cable company came in and did some kind of adjustment at the junction box next to Elizabeth’s home.

‘After that, it got so bad that I felt like I was schizophrenic. I was all over the place.’

Elizabeth realized, quite clearly, that she was sensitive to natural ultralow frequencies and certain man-made electromagnetic frequencies.

Thankfully, today Elizabeth has recovered her health and is able to live normally again. 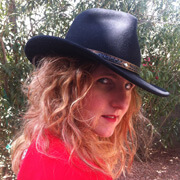 Elizabeth Maxim spent twenty years working in the Information Technology industry where her career evolved as technology did. Her front row seat to rapid and constant change taught her the value of remaining flexible and open-minded, and the importance of continuing education, principles that played a key role in dealing with the challenge of being EMF Sensitive.

After studying holistic medicine with a British surgeon, Elizabeth went on to earn a doctorate in holistic healthcare and a bachelor’s in holistic childcare. She is the author of several books on EMF Sensitivity, most notably Riding the Waves: Diagnosing, Treating and Living with Emf Sensitivity.

Listen to my fascinating interview with Elizabeth Maxim and learn:

***** This interview has now been broadcast – to access future EMF/health interviews sign up to my free newsletter.***** (If you received notification of this interview by email you don’t need to sign up again.)