‘I think I was electrically sensitive since my childhood because I could hear strange noises with the television and I could feel something strange in houses, it was not outside’, admits Marine.

She had a cell phone around 2000 and remembers that, ‘already it was burning my head when I was using it’.

But it was bearable. So like many people, she just continued what she was doing.

Then in 2007 she had WiFi and a DECT phone installed at home.

She says, ‘I used WiFi a lot so I could download films on my computer while working. I thought it was really wonderful’.

Then she began to experience problems with her memory and cognitive problems in general.

‘I really couldn’t think. For my work it was a problem, because I was a writer and a radio producer’.

At that time, she didn’t really understand what was happening. It was a friend who said to her, ‘you seem confused and you seem to begin to have headaches and problems with your memory. Maybe it’s WiFi. You could just turn this off and see if you are better.’

So she took her advice and turned it off. She immediately felt better.

‘So I understood that I had a problem with these technologies. I turned it off for a while and it was okay.’

In 2010 with the arrival of 3G, the new generation of cell phones, life suddenly became unbearable.

She began to have headaches, very bad headaches. ‘It was really, really unbearable. It was not only holes in my memory, it was just that – I don’t know how do you say it in English – my short-term memory was absent’.

‘I was really confused. For example, if I parked my car somewhere and I was going shopping and when I came back, I couldn’t remember where my car was parked, things like that.’

‘Then I began to have heart problems and a lot of other…… I think it’s the same panel of symptoms as all high sensitive people experience’.

The first radical step she took was to move out of her home, which was engulfed in EMFs from 15 different WiFi networks and 13 cell towers within 200 meters….. 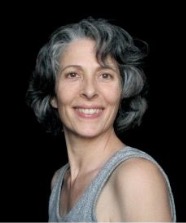 She’s been electrically sensitive and chemically sensitive since childhood and became electrically hypersensitive in the winter of 2010. In 2011, she co-founded the first French Association of Electrosensitive People and in 2015, she was awarded a disability grant by a French court for her condition. She now considers herself cured.

She’s the author of two books on the subject ‘Sous l’Ondée’ and ‘Sans mobile’ and she is the founder of the website marinerichardguerir.wordpress.com.

*****This interview has been broadcast – to access free EMF/health interviews make sure you are signed up to my newsletter.*****