When you buy a cell phone it’s nice to know how much radiation you are exposing yourself to. This is what the SAR is supposed to tell us.

But what if the SAR was totally misleading?

What Is Specific Absorption Rate? 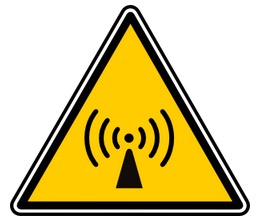 The Specific Absorption Rate is a measure of the rate that radio frequency radiation energy is absorbed by the body. That’s to say SAR measures the rate at which your body absorbs radio-frequency from various sources: cell phones, microwaves, cell-towers, Wi-Fi, etc. that are present in your surroundings. In the U.S., the Federal Communication Commision (FCC) has designated an SAR level of 1.6 watts per kilogram as the public exposure limit from cell telephones.

Is The SAR rating Reliable?

The Environmental Work Group (EWG) in its executive summary highlights that there are significant “precision issues” in the current SAR standards.

It’s important to understand the distinction between theoretical maximum SAR, the current measure, and practical SAR in comparable coverage zones. The current SAR measurement is taken while at the maximum power output of the device, this may vary from phone to phone depending on the different modes. But the typical power output of a cell phone could be less than 15%of the maximum2 watt power output when operating in an area with good coverage and the cell phone tower is free from obstructions. So a given cell phone with a high SAR may well have the same practical SAR value as another cell phone with a lower maximum SAR when operating under the same coverage zone.

“I have long thought that peak SAR was a rather misleading ‘red herring”. Some of the lowest peak-SAR phones actually have a higher total SAR into brain tissue than the much higher peak-SAR handsets – it is just spread out a lot more through the brain tissue. Generally low SAR phones are less efficient at getting their signals out to the base station and so regularly work at a much higher transmit power to compensate. Peak-SAR (the thing used for SAR rating) is just the highest value recorded for any 1 g of brain tissue (USA) and 10 g (Europe). It does not represent in any way the total SAR into the user’s brain.

Handsets have a power-control range of over 1000-fold in the power they transmit – they are told what power they need to transmit at by the basestation during the start of the phone call when the handset works at full power for the measurement to take place. Efficient handsets then turn their power down by often over 100-fold!

Should You Take SAR Into Account When Buying A New Cell Phone?

If you are committed to using your cell phone then using the cell phone with the lowest SAR level might seem like a step in the right direction. BUT if you think using a cell phone with a low SAR means you are safe, think again. Even a low SAR cell phone can pose a serious long term effect on your health.

SAR ratings are misleading. Buying a low SAR cell phone is no guarantee of safety.

More important than SAR is how you use your cell phone, see my cell phone protection tips.

This article was updated June 2016.