Smart meters continue to be installed in homes across the globe under the guise of ‘reducing greenhouse gas emissions’ and ‘reducing energy bills’.

Sadly, there is a mass of anecdotal evidence [2] about these dangers and a growing body of scientific proof [3].

Cases where peoples health has been seriously compromised subsequent to the installation of a smart meter.

Often these people are ignorant of the smart meter issue.

They’re unaware that a smart meter had been installed on their home or in their neighbourhood – they discover the cause of their declining health after the event.

Besides being a threat to your health, once installed certain smart meters can monitor your home every single minute of every single day.

This very sophisticated data about your personal behavior is transmitted back to the utility company.

The concern is that the very detailed data that these devices collect will be sold to third parties, credit agencies, lawyers, marketing firms – even criminals may get their hands on the data.

My next guest decided to take matters into his own hands.

He decided to make a video on Smart Meters – it now has over 2 million views on YouTube.

He’s received thousands of calls from desperate utility customers looking for solutions to the problems caused by the new advanced utility metering.

His name is Jerry Day and he’s a television and film producer turned freedom crusader.

Jerry has chosen to take things a step further.

He now lives ‘off the grid’. 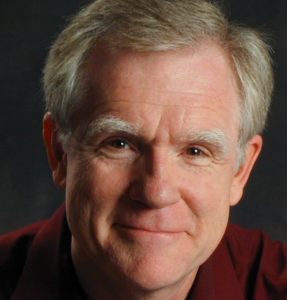 Jerry Day [6] is an Emmy-winning Television Producer who posts editorial videos online on freedom and rights issues and exposing the hazards and harm caused by “advanced” electronic utility meters, some of which are called “Smart Meters”.

With over five million views on his YouTube channel (“Minivanjack”), Jerry has received thousands of calls from desperate utility customers looking for solutions to the problems caused by the new advanced utility metering. As a public service, Jerry responds whenever possible to provide links, resources and guidance based on his experience from 2011 in researching and fighting harmful utility metering.

*****This interview has now been broadcast. To receive notification of my interviews make sure you are signed up to my newsletter [7].