Edit ElementClone ElementAdvanced Element OptionsMoveRemove Element
[text_block style=”style_1.png” align=”left”]Scientists and experts are often criticized for not doing enough to share their information with the public. When they do share it its often given in a form which is difficult to understand. EMFs and health is a complex subject. What better way to learn than straight from the horses mouth. Here I’ve brought them out of their ivory towers to share their insights and knowledge.

I’ve brought together some of the worlds best brains on ‘EMFs and health’. I asked them some straight questions and they gave me some straight answers. The recordings of these interviews together with full transcripts is now available as a download. See below for details.[/text_block] 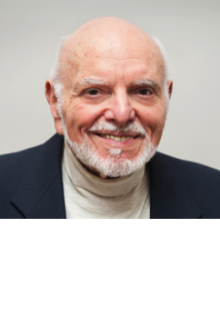 Dr. Martin Blank: for 20 years Dr. Blank had been teaching his students that non-ionizing EMFs were harmless  because this is what he was taught. Then he started to look at the research. He started doing his own research on how EMFs permeate the surfaces of cells and affect cells and DNA. His research revealed significant adverse biological effects.

He’s edited twelve books published over 200 papers on the bio effects of EMFs and is regularly asked to be an expert witness on cases involving the effects of EMFs. He’s a former President of the Bioelectromagnetics Society and was one of the authors of the BioInitiative Report.

Martin Blank PhD
Special Lecturer at Columbia University Author of ‘Overpowered: The Dangers of Electromagnetic Radiation (EMF) and What You Can Do about It’ 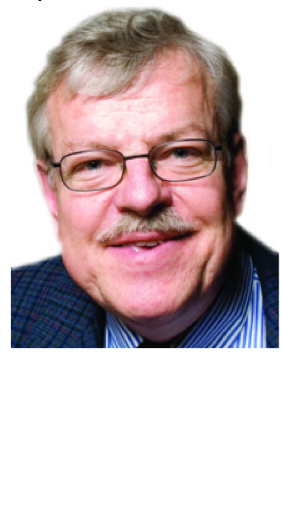 Professor Johansson: In the early 1980s upon hearing that people were suffering from skin irritations and skin rashes when they were using their computer screens Prof Johansson began to research the subject.  His research found that skin damage was being caused and he coined the term screen dermatitis to explain this damage. This later became known as electro-hypersensitivity or electrical sensitivity.
Since then Prof. Johansson and his collaborators have worked in great depth in the following areas; skin diseases cancer synaptology and chemical transmission nervous system-related issues and connective tissue ripening phenomena.

Professor Johansson has published over 500 original articles reviews book chapters and conference reports within the field of  neuroscience and participated in more than 300 congresses and symposia as an invited speaker and with free contributions and as an invited ‘observer’ at many more. 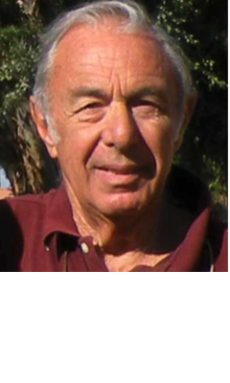 Dr. Samuel Milham: he trained as a physician specializing in public health. He became interested in epidemiology (the study of disease in populations) while running a baby clinic and a VD disease clinic. He first started investigating leukemia in populations in the 1960s. The Lancet published a query asking for information on leukemia clusters.  40 years later he was finally able to show that the childhood leukemia peak was linked to residential electrification.
He’s worked at the New York Health Department of Health the University of Hawaii and the Washington State Department of Health. He’s studied leukemia in electrical workers in amateur radio operators EMFs in radial tires cancer in firefighters and office workers.

He’s the author of ‘Dirty Electricity: Electrification and the Diseases of Civilization’ which outlines the link between occupational exposure to electromagnetic fields and human disease.
He has more than one hundred scientific publications many dealing with the health effects of electricity. In 1997 Dr. Milham was awarded the Ramazzini prize for his pioneering work in describing the occupational cancer risks of electromagnetic fields and in 1990 he was awarded the Robert Carl Strom Foundation Humanitarian Award.

Physician-epidemiologist specializing in public health and author of ‘Dirty Electricity: Electrification and the Diseases of Civilization’ 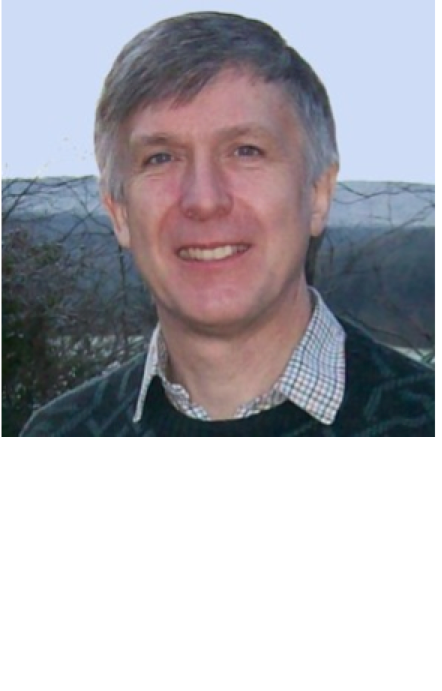 Alasdair Philips: he became interested in the biological effects of EMFs in the 1980s after being called out to Greenham Common Airbase in the UK where women protestors claimed they were being zapped with radiation by the American military. He was invited to talk at a series of international conferences in the 1990s when the first concerns about the health effects of cell phones were emerging.

He developed an interest in the EMF literature and started the organization Powerwatch to promote policies for a safer environment. He’s a member of Scientists for Global Responsibility a founder member of UK Department of Health’s ELF EMF (SAGE) consultation process and a past member of Sir William Stewart’s HPA EMF Discussion Group. He’s also a past member of an EC (Brussels) Expert Group on public advice regarding EMF and Health and instigated and co-ordinated the CHILDREN with LEUKEMIA International Scientific Conference on the causes and prevention of childhood leukemia. He’s had many appearances on UK radio (R4 R5 and BBC World Service) and TV (BBC1 ITV CH4 CH5 CNN and Sky News) 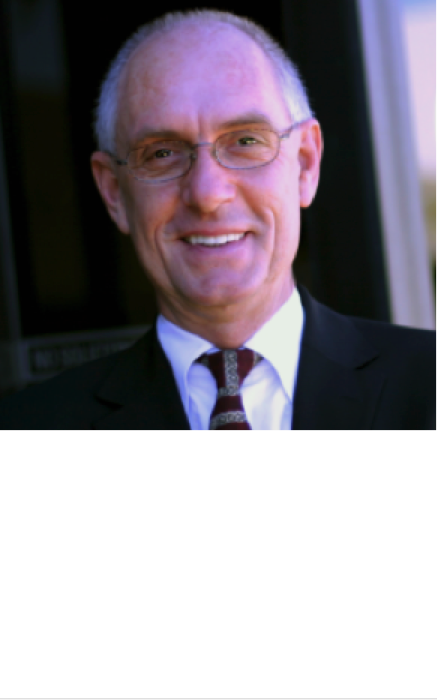 His specialty is radio frequency (RF) assessments of cellular and wireless emission field reduction methods and design of low EMF and RF buildings.

Peter Sierck also has expertise in the field of environmental testing. As President of ET&T Peter heads a team of highly experienced licensed and certified professionals that use on-site diagnostic devices to screen not only for electromagnetic fields and radiation but also different chemicals biological agents particles pressure differentials and gases.

His company has served the Southern California community since 1986 and has worked with thousands of businesses home owners physicians insurance companies law firms hospitals and government agencies from San Diego to the Bering Sea. 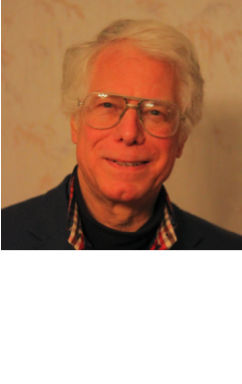 Martin Pall: he started out as a traditional laboratory scientist. Then in 1997 he was diagnosed with ME/CFS (Chronic Fatigue Syndrome).

Dr. Pall started to study ME/CFS and other related diseases. He developed the thesis that diseases like CFS FMS (fibromyalgia) MCS (multiple chemical sensitivity) ES (electrical sensitivity) had a common cause. And from there he began working on developing a treatment that corrects the root cause of the ‘disease’ rather than just treating the symptoms.

Recently he published an important paper on how EMFs impact the cells of our bodies. The study was honored by inclusion at the “Global Medical Discovery” as one of the top medical publications of 2013.

Dr. Pall is a member of the American Society of Biochemistry and Molecular Biology and he’s received seven international honors for his work in environmental medicine and on the impact of chemical exposures on human health.

“This is just a sample of the quality of the interview guests you’ll have access to….”

What People Are Saying

I just finished listening to the broadcast of your interview with Professor Olle Johansson. It was terrific making me glad I took notes. He is a well-regarded scientist which gives him great credibility but in addition I couldn’t help but be charmed by the warmth and caring in his voice. His concern for EHS sufferers comes across loud and clear.

This interview series you’ve begun is a wonderful gift to a public which sorely needs such education. Especially helpful is the way you make the link available for those of us unavailable for the live cast.

So thanks a million Lloyd.

Thank you very much for providing me with the interview with Dr. Blank.  I really appreciate all the information you have provided me over the past while.  It is very helpful.

I thank you and Dr. Pall so much for this interview.  I had heard of the NO/ONOO cycle but because I am not a scientist I found it hard to understand by reading and I couldn’t understand how learning more about it could be of any use to me.  Thanks to Dr. Pall’s clear verbal NO/ONOO cycle explanation and overview I now have both that general  understanding plus an appreciation of how I can use that understanding to help myself now and for the future.

I especially appreciate your understanding of our need for accessible easily-absorbed information of this kind.  Thanks for arranging for this interview and for the other great work you are doing!

Thanks for providing such good interviews.

What a marvelous idea to have a series on EMF’s! There’s a plethora of self-help spiritual and financial series but this is the first I have seen on this vital area.

I get your Newsletter and follow your wisdom closely on-line. Hat’s off for organizing this.

The wisdom of world experts in EMFs delivered to you monthly

When You Subscribe To My Interview Series You’ll Learn…. 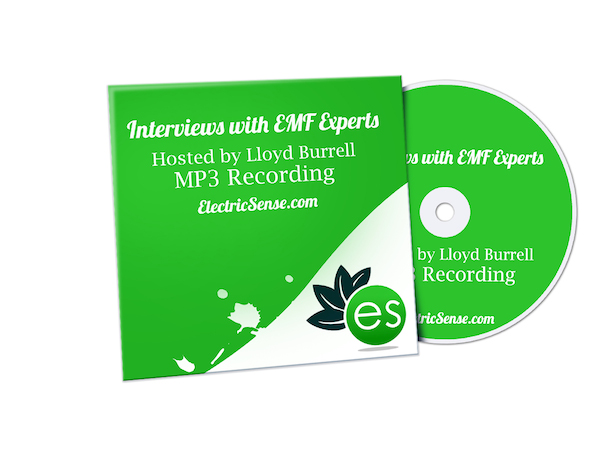 Interview With EMF Expert:
The recording of a one hour interview with a world-leading EMF expert supplied in the form of an mp3 file which you can download and come back to over and over again and use as a reference. 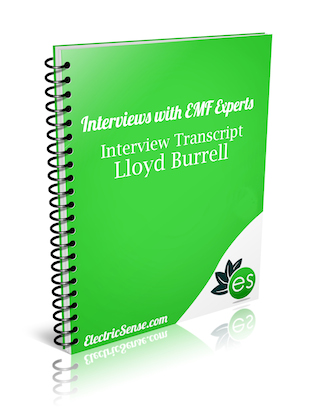 Interview Transcript:
The full interview transcribed into a PDF document that you can download and then print-out and read at your leisure.

ONE TIME ONLY SPECIAL OFFER

Edit ElementClone ElementAdvanced Element OptionsMoveRemove Element
[text_block style=”style_1.png” align=”left”]Full Version – Costs just $1 for the first month then $14.97 per month – Every month you get an interview recording in MP3 format and interview transcription in PDF format sent to you as a download. (Note***: this is a digital product you download direct to your computer.)[/text_block]
Edit ElementClone ElementAdvanced Element OptionsMoveRemove Element

Edit ElementClone ElementAdvanced Element OptionsMoveRemove Element
[text_block style=”style_1.png” align=”left”]
ClickBank is the retailer of products on this site. CLICKBANK® is a registered trademark of Click Sales Inc. a Delaware corporation located at 917 S. Lusk Street Suite 200 Boise Idaho 83706 USA and used by permission. ClickBank’s role as retailer does not constitute an endorsement approval or review of these products or any claim statement or opinion used in promotion of these products. The website’s content and the product for sale is based upon the author’s opinion and is provided solely on an “AS IS” and “AS AVAILABLE” basis. You should do your own research and confirm the information with other sources when searching for information regarding health issues and always review the information carefully with your professional health care provider before using any of the protocols presented on this website and/or in the product sold here. Neither ClickBank nor the author are engaged in rendering medical or similar professional services or advice via this website or in the product and the information provided is not intended to replace medical advice offered by a physician or other licensed healthcare provider. You should not construe ClickBank’s sale of this product as an endorsement by ClickBank of the views expressed herein or any warranty or guarantee of any strategy recommendation treatment action or application of advice made by the author of the product.