Arthur was studying to become a doctor.

In the summer after his second year of medical school, he had a root canal procedure.

The root canal was successful, but it made Arthur very ill.

They couldn’t find anything wrong with him, but they redid the root canal procedure several times, and over the course of a couple of months he had over 40 dental x-rays.

During the last x-ray, he was sitting in the dental chair and when they turned it on, he felt something give way in the back of his skull.

“​I felt an electric current pass through me from head to toe.”

The next morning, he went back into the hospital.

Suddenly he could feel electrical current from every piece of electrical equipment in the hospital.

He proceeded to lose his memory and his ability to function in medical school.

“I was 30 years old and did not have Alzheimer’s disease.”

Arthur took a leave of absence for nine months.

During this time, he had a tooth extracted, which gave him immediate relief from all of his health problems.

So, he went back to school.

Except things were not the same because he still felt electricity from every, single piece of electrical equipment and it made him quite ill.

Nevertheless Arthur made a deal with his plastic surgery professor,  to be excused from the operating room which made me extremely ill, in exchange for writing a research paper on the topic of his choice.

He went to the medical library and discovered there was an enormous amount of research on the effects of electromagnetic radiation.

“I was shocked that we did not learn about this in med school.”

He decided to write a paper on: ​The Effects of Radiant Energy and Living Organisms.

That was the beginning of his research on this topic.

​From the time Arthur left medical school in 1981, it was another eight years before he met anyone else who said they were electrically sensitive.

In 1990, the place where he was working became completely computerized and he could no longer work there.

He tried to find another job, but discovered that most workplaces had computers and that he was essentially unemployable.

That’s when he joined a support group in New York City and realized that there were a lot of people that were affected, both by chemicals and by electromagnetic fields.

In the summer of 1996, he read in the New York Daily News – the headline was ‘3,000 City Lamp posts Are About to Become Part of the Wireless Revolution.’

The plan was to put three thousand base stations on top of lamp posts in New York City.

When the first 2G base stations, came to New York City on November 14th​, 1996, within one week he was experiencing a variety of symptoms.

Note: he was NOT aware in advance of the date it would be turned on.

When he investigated, he realized that was the date when he started feeling dizzy and nauseous.

Within a few days, he was not eating or sleeping and was experiencing serious respiratory problems.

In December, he and some friends, decided to put an ad in a New York City free newspaper, “If you have experienced any of the following symptoms, beginning approximately November 15t​h​1996, we need to hear from you.”

And they heard from them.

Hundreds of people from all walks of life, men and women, all races, professionals, non-professionals, doctors, lawyers, airline employees, teachers, came forward—they had suddenly thought they were having a stroke or a heart attack or a nervous breakdown on about November 15t​h​, 1996.

In subsequent research Arthur correlated that the day that a particular provider had provided the first digital cell phone service in that city – which is a different day for every city – the mortality in that city increased 10% to 25% for the next two to three months.

This was the beginning of Arthur’s activist work.

Arthur’s current and most pressing project is The International Appeal to Stop 5G on Earth and in Space. 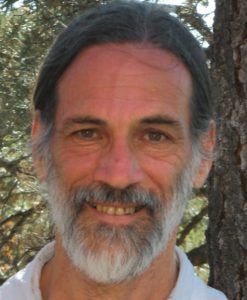 Arthur Firstenburg is a scientist, journalist and author who is at the center of a worldwide movement to reduce electromagnetic pollution.

He’s the author of several EMF books, including ​The Invisible Rainbow: A History of Electricity and Life.

He’s the founder and president of the Cellular Phone Task Force, and he’s the administrator and co-author of the International Appeal to stop 5G on Earth and in space.

What You Can Do To Help

Do what I’ve done! That means:

Listen to my interview with Arthur Firstenberg and discover:

*****This interview has been broadcast to listen to future EMF/health interviews make sure you are signed up to my newsletter.***** (If you received notification of this interview by email you don’t need to sign up again – you will receive an email with a link to the interview broadcast page on the day of the broadcast.)