As a teenager Alan loved music.

Not surprisingly he became an audio designer, an audio engineer but also an an electrical engineer,

Initially his focus was on studio work.

In about 2012, following a clients request, he started working on putting together a package to address electrical hyper sensitivity (EHS) on an autistic level.

From this project was borne his interest in residential grounding.

Just to be clear we are not talking about taking your shoes off, walking barefoot, swimming naked in the ocean, or any of that.

Though the common term is earthing.

No, Alan’s speciality is residential grounding.

But nothing like what you’ve probably seen or heard of before.

Alan’s is, “an anti-radiation formula of grounding”.

He describes it as taking a look at radiation from a biochemistry perspective as well as a physics perspective.

Which means saying that not only is radiation a positive electron, it’s also an acidic type of vapor.

Alan explains it a lot better than me.

But let’s just say that what it boils down to is increasing the conductivity of your grounding system.

One thing the human body and mother nature have in common is iron.

Iron is the base for haemoglobin to be supported throughout the body.

What’s important to understand about iron is that it has a magnetic pole.

And it can flip that magnetic pole at the drop of a hat.

Let’s say you’re touching a light switch, the magnetic pole will be positive, which in a sense means that you are magnetic and drawing in electromagnetic fields.

Alan’s residential grounding solutions aim to make it so that when you walk into your home, you’re repelling that negative field be it from WiFi, your cell phone or just the electrical system home.

And this is not all about dealing with your home electrical system, Alan offers some personal wearable solutions also.

It does sound kind of fantastical. But according to Alan the results are quite amazing.

Alan’s an electrical guy, but he works with doctors around the world who are reporting some quite amazing healing stories through using his protocols.

For instance an orthopedic surgeon working overseas have found that using Alan’s personal grounding devices, a 2-inch incision that’s an inch in depth that would normally take 14 days for the skin to heal, is healing anywhere between 5 days and 10 days.

There have also been remarkable results reported for pain relief, particularly with regard to arthritis, and for depression.

He’s even got solutions for 5G, he says, “filtering for 5G as a frequency is pretty simple …..”.

For my next interview I’m delighted to welcome as my guest Alan Maher. 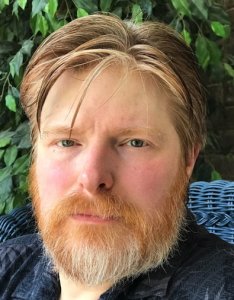