Dr. Garrett admits that he’s always been one of those sensitive types.

He would notice things sooner than other people.

“I think the sensitive people are the ones that are the canaries in the coal mine that tend to show these problems earlier.”

One of the earlier nutrition things that he noticed was when he was 15.

He noticed that halfway through a glass of milk that he started getting a lot of phlegm and mucus.

That’s when he first realized that food affected how he felt.

Which then led him to figure out that Nutrisweet or Equal or aspartame was giving him headaches at about the age of 17.

He was lucky, he found a nutrition magazine in a supplement store.

They talked about aspartame causing problems.

Dr. Garrett took it out of his diet and the headaches went away.

That was kind of the start.

He started looking into EMF sensitivity when he started getting really bad insomnia.

He started looking into the cell phone radiation and the WiFi and all that.

He began looking at the research, trying to figure things out.

One time he was visiting a friend’s house with his wife and they were sleeping in the guest bedroom.

At the time, he knew that EMF stuff could affect sleep.

On the guest bed, his head was right next to a computer that was on and running.

He could hear the fan all night.

“I tried to be tough because it’s my buddy’s computer. I’m not going to touch it. It’s not mine to touch.”

He was just laying there, wide awake all night with his wife next to him.

About midnight he finally got so mad he reached over and hit the button on the computer and turned it off and went to sleep.

The next morning he woke up and his wife turned to him and said, “you know, I didn’t used to believe you about the EMF stuff until I couldn’t sleep at all last night either. I heard you reach over and turn off the computer, and I went right to sleep after that.”

That’s when his wife started to buy into it more.

“I remember first feeling the heat on the side of my head and the tingling”.

And then there were the ghost vibrations in his pocket when he wasn’t wearing the phone— like a residual vibrational energy from the phone.

He started realizing there were patterns.

Today, Dr. Garrett has figured out those patterns, he has healed his own EMF sensitivities and helps other’s do the same. 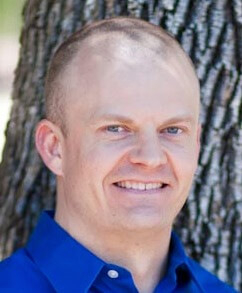 Dr. Garrett, the “Nutrition Detective”, is a licensed Naturopathic Physician who works with clients worldwide. He’s resolved his own EMF sensitivities through the very same Nutritional Restoration approaches he uses with clients. Two approaches, that guide his work are “Give the body what it needs, help it get rid of what it doesn’t want, then get the heck out of the way!” and “Test, don’t guess, then address.”

in this interview we are going to be talking about Dr. Garrett’s approach to: