There are many facets to the health effects of electromagnetic field (EMF) exposures.

One which receives little attention is the interaction between indoor mold and EMFs. But studies suggest even low levels of mold exposures coupled with low levels of EMF exposures, as found in many homes, could prove to be a lethal concoction. 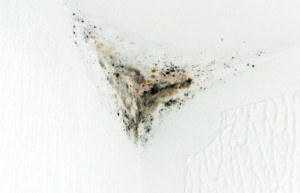 [1]Molds are a form of microscopic organism present in most homes. To develop, molds need only a food source in the form of an organic material and humidity.

Molds work by releasing large numbers of microscopic cells called spores. These spores spread through the air and form new colonies where they find the right conditions.

In the outside environment mold has an important recycling role to play. Indoors it can be a major health hazard. Indoor mold comes in many different shapes and forms. Common indoor varieties are Cladosporium, Stachybotrys, Penicillium, Aspergillus, and Alternaria. These indoor molds are a growing environmental hazard in some parts of the world.

How Dangerous Is Mold?

Mold exposures are extremely dangerous. They can make you very sick or even kill you. The type and severity of health effects that result from mold exposures varies according to location.

According to the Environmental Protection Agency [2] (EPA) molds produce:

• allergens (substances that can cause allergic reactions),

• allergic reactions in some sensitive individuals.

The EPA goes on to say allergic responses include:

• asthma attacks in people with asthma who are allergic to mold.

• irritation of the eyes, skin, nose, throat, and lungs in both mold-allergic and non-allergic people.

EMFs And Mold – What Do We Know?

There is also a theory [5] that Candida and mold can be activated by EMFs.

But the most interesting work to date is related by Dr. Dietrich Klinghardt [6] in the following video. He explains how:

• the amount of cell phone radiation in a cubic inch of air is now several million times higher than it was ten years ago,

• the rise in neurodevelopmental disorders in children, not just autism, is linked to these increased EMF exposures
(The captions are in German but the video is in English.)

The Mold And EMF Combo

The mold and EMF combo must be avoided in our homes. The health effects of mold exposures are widely recognized as being potentially severe. We know EMF exposures can impact our health in many different ways.  Put the two together, its not a case of two plus two equals four, the potential combined effects are hundreds of times more dangerous.

What Can Be Done?

1. If you’ve got mold in your home, get rid of it. Ways of dealing with mold typically involve:

• fixing leaks and other water problems,

• scrubbing mold off hard surfaces with detergent and water,

The EPA has detailed guidance [7] on this.

Here is what Martine Davis, of BBEC Indoor Environmental Testing Inc, has to say on the subject:

“The biggest misconception about mold is that it needs to be “killed”. Spraying bleach on mold is not only exposing you to toxic fumes but it is not effective for many reasons.

Mold grows in many layers and its “roots” can be embedded in the surface so the spray may not reach all the growth. Secondly, even if you did manage to kill all the mold, dead mold is still allergenic and capable of emitting poisonous mycotoxins so what has been accomplished?

I tell my clients “Think of mold as a cancer. Do you want the surgeon to spray and close or would you prefer that cancer to be removed? LOL! Mold should be scraped off hard surfaces then the area can be disinfected with a strong detergent and dried thoroughly. That’s it! With porous surfaces like carpets or drywall, the mold cannot be removed and the item may have to be discarded. P.S. If it’s a large area, get professional help. The last thing you want is to disperse millions of mold spores throughout your house.”

2. deal with your EMF exposures. It needs to be a 2 pronged approach which deals with the mold and EMFs. The presence of mold in your home makes effective EMF protection all the more essential. Start by evaluating your EMF exposure [8].