Initially she was helping people by working on their repressed emotions.

Then she started getting clients from the world of television and radio.

She realized that many of them were suffering from a form of poisoning caused by over-exposure to ‘electricity’.

In 1997 she was taking care of a child that was not performing well in school.

The child had been diagnosed with learning disabilities.

She sensed that there was more to it than that.

Months later the father brought his 10 year old daughter to see her.

During one of the sessions she glanced at the father and noticed he didn’t seem very alert.

He confessed to not feeling well, saying his head was ‘foggy’.

She knew something was amiss.

She ‘widened her lens’ on the family and saw they had a dog.

She asked the father if the dog was lazy.

He was amazed that she could know the dog was lazy.

She said the dog wasn’t lazy he was ‘kind of sick’.

She ‘widened the lens’ further and saw that the entire family, except the mother, was being sickened by an electrical box in the back yard of their home.

In another case a client’s brother had a problem with the electrical system associated with this heart.

This puzzled the medical doctors because he was so young.

He underwent the surgery but still something was wrong. The client brought his brother in for a consultation.

She ‘saw’ that the young man had slept for several years with his head against a wall where there was a large transformer on the other side of the wall.

At the time she thought it strange that both cases of electrical damage were within two blocks of each other in South Miami-Dade.

She began to realize the problem wasn’t just electrical boxes, transformers and electrical wiring it was also wireless.

My next interview guest is with world-renowned psychic researcher and shaman Frances Fox.

Information Beyond What Science Can Confirm

She confesses, “the feeling of powerlessness can be overwhelming when I acquire information that appears to be incompatible with what science has yet to confirm“. She decided to write a book about it and more particularly about the influence of radiation on your health and what you can do about it.

In her book Your Matrix: Your Electric Body [1] she: 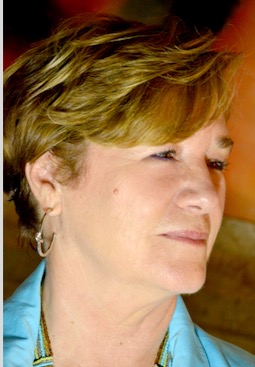 Frances Fox is a world-renowned shaman and psychic investigator, skilled in the psychic abilities of clairvoyance, clairaudience, clairsentience and telepathy. She has made it her mission to help people by finding the root cause of what is weakening them and affecting their health. For many people in today’s world, a big part of this is EMF exposures.

She is a graduate of the University of Miami in Political Science and a frequent guest on Spanish television. She is the author of three books and has collaborated with several other authors on a variety of subjects.

To listen to upcoming interviews subscribe to my FREE newsletter [3].