“Despite all my knowledge in biology and the workings of the human body, at the age of 30 my health was a shambles. I could just about manage to crawl out of bed with excruciating pain in my body and band-type headaches that would last most of the day. I would have a painful breakfast, drag myself to my office, see patients for a couple of hours then back to bed for 2-3 hours before seeing a few more patients in the afternoon. Painkillers and anti-inflammatories were my main support to get through the day.

By evening I was too tired to do anything and it required a concerted effort just to hold a conversation. I tended to avoid company for this reason and became a recluse – living life close to my devoted family and trying to enjoy the small moments of watching my children develop. I absolutely hated the way I was…….

My health saga began a few years earlier at the age of 27, while I was serving in the National Guard of Cyprus after arriving from the UK, where I used to live….. I developed a very bad fever and viral infection that had me bedbound for a full 15 days. No one knew I was ill in bed, without being able to get up and walk, for three days until friends who were constantly calling, broke down the door to my apartment.

I had a constant fever of 40 degrees and was having cold sweats; was dehydrated and pretty much having delusions with such a heavy feeling in my head that the only thing I wanted to do was sleep….. After 15 days of taking a combination of antibiotics, anti-inflammatories and antipyretics, I eventually recovered but did not feel my “usual” self after this……

A couple of months after recovering from this ordeal I developed intractable headaches and migraines that again had me holding my head and taking pain killers as if they were going out of fashion – every day. I needed to work as I was a busy clinical psychologist and clinical sexologist at the time and felt an obligation towards my patients, as well as my students; I was teaching biology at a local private school ……… as well as teaching undergraduate courses in psychology.

After many months of these persistent headaches, accompanied by an unexplainable fatigue, I eventually went to the local G.P. who took some X-rays and found that my frontal sinuses were loaded with fluid – he immediately prescribed antibiotics. Less than two months later I was back there again for more antibiotics as my sinuses were again blocked and causing headaches and pain, not to mention the tiredness, apathy – and on occasions depression…….

In the 7 years of frequenting various medics, allergy specialists and an ENT surgeon (who eventually persuaded me to have a septum operation for a supposedly defective septum in my nose), I was in a much worse state than when I first began getting symptoms……I had taken 18 courses of antibiotics and was in a real mess.

My symptoms had now worsened and became more frequent including headaches and migraines, fibromyalgia (pains and aches in all my body), chronic fatigue (or Myalgic Encephalitis as it was diagnosed by one homeopathic doctor), bowel distension, more or less constant stomach pains with dreadful distension, Leaky Gut Syndrome, Systemic Candidiasis with skin itching, rashes, chronic tiredness and more……

I was getting desperate as my workload and obligations grew – I now had a family with two young children and was building a house, as well as conducting many additional professional duties…….

I began reading Natural Medicine books. I was fumbling in the dark as even though my initial degree was in biology and psychology, I had not really delved into the fascinating science of Natural Medicine. One of the first books that I read was written by Dr. Richard Mackarness entitled “Not All In the Mind”[1] – that alerted me to the idea that food allergies can have a detrimental impact on both mental health and physical health. He suggests that in evolutionary terms our bodies are not adjusted to high cereal diets and dairy products, which have only been around for the last few hundred years (it takes thousands of years for our bodies to adjust to evolutionary changes).

He also suggests that up to 80% of the population are probably experiencing some type of food or chemical allergy due to eating highly processed food that our bodies are not yet adjusted to. After reading this book I attempted a detoxification and elimination diet by basically cutting out everything apart from fruit and vegetables.

The first couple of days I felt like my head was going to blow off like a grenade – the pain was unbearable……. On the third day I woke feeling so refreshed and alert the feeling of being alive, pain free and with plenty of energy was amazing!

This renewed energy lasted until the end of the detoxification and elimination diet when I then relapsed back into my old state in a matter of days………I knew instinctively that something miraculous had happened in my body during the detox, but ignorance could not explain the mechanisms…..

The above is an (edited) extract from Curing the Incurable With Holistic Medicine [1] by Dr. George J Georgiou Ph.D.,N.D.,DSc (AM).,MSc.,BSc. [2] His is an amazing story.

To be more precise it’s got everything to do with dealing with electrical sensitivity. That’s why I keep returning to this subject time and time again.

To deal with electrical sensitivity you need to look at the whole person, or what I like to call the big picture, which is light years from the symptom-suppression approach of main-stream modern medicine. Holistic medicine means “working on all levels of the body, physical, environmental, nutritional, energetic, psychological, emotional, as well as spiritual to allow the body in its innate wisdom to cure itself.” 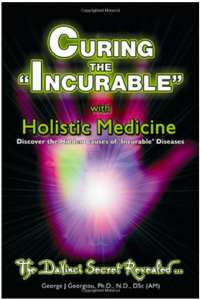 A lot. This is one big book. Nearly 600 pages long. Dr. Georgiou sets out to:

The book has detailed information on healing protocols, information I’ve not seen anywhere else, including:

These tests and protocols are described in sufficient detail that you can actually understand what they are about. Practical tips are included as well as a stack of diagrams, photos, charts and references.

Holistic medicine is regarded by many as having no scientific basis. Wrong. Thousands of studies support these holistic medicine protocols. This is another reason to read this book – it contains over 750 scientific references. The third section of the book goes further still. It contains detailed case studies of 15 people treated holistically by Dr. Georgiou.

These are people that had spent years going from doctor to doctor before being successfully treated by Dr. Georgiou. Each case study has a picture of the person, their problem, the medical diagnosis, the holistic diagnosis and treatment, the patient’s own account and Dr. Georgiou’s account.

What I Liked About This Book

It’s a book that’s chock full of facts but more than facts this book encapsulates great wisdom. The kind of wisdom that is hard earned.

Like many working in this field Dr. Georgiou was drawn into holistic medicine through the trials and tribulations he experienced dealing with his own health issues. He then began to apply what he had learned first hand on his patients.

Dr. Georgiou was repeatedly hounded by his local Medical Association and even handcuffed and arrested one time for “practicing medicine without being a qualified medical practitioner”. This harassment continued despite the Attorney General throwing the charges out because there was no case and despite the fact that none of his patients complained or reported him.

You’ve probably heard the saying, ‘all truth passes through three stages. First, it is ridiculed. Second, it is violently opposed. Third, it is accepted as being self-evident.’ Holistic medicine is still caught up somewhere between phase one and two, Dr. Georgiou learned to his expense.

He believes their actions were motivated by ‘bruised egos and big cash’. “My treatment methodology is not only effective it costs a fraction of the money spent on their conventional, ineffective, as well as risky treatments”.

What Other People Are Saying About This Book

“Dr. Georgiou’s grasp of the concept of holistic medicine is truly profound. A must-read for every layperson and health practitioner alike.”
Andreas Moritz, bestselling author and practitioner of integrative medicine (USA)

“This book describes the most advanced Holistic health-care model that is a sought-after paradigm shift in an age where we are facing the worst ever healthcare crisis in history.”
Dr. Jacob Swilling, Ph.D., noted research scientist, author and consultant in cancer and alternative medicine 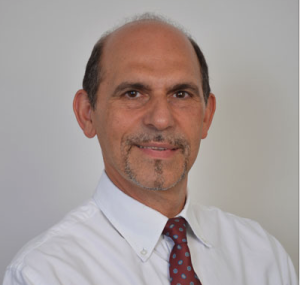 Dr. Georgiou, is director of the Da Vinci Center a Holistic Health Centre specializing in the treatment of different chronic diseases based in Cyprus.