Daniel worked as an aerospace engineer

But after 11 years he was tired of working in the big city for a big company.

So he saved some money and quit his job.

He moved to a small town in the mountains.

Just a nice place to live, without really knowing what he was going to do.

He was just hanging out, enjoying life.

And he was enjoying fixing up his apartment, fixing the door, the windows, fixing the roof leak.

His landlord, seeing what he’d done, soon came knocking on his.

“You’re handy. Do you want a job as a contractor, a handy-person fixing buildings?”

So that’s what Daniel started to do.

But he began to feel sick.

“The joke is that I worked as an engineer in a chemical factory for 11 years and was as healthy as a horse. I was a mountain climber, a strong mountain climber. Within a year of being a handyman, building houses and repairing them, I was fatigued and tired all the time.”

At first he blamed it on all the work because he was working at all times.

But despite taking time off he didn’t get better.

His symptoms, mostly fatigue and anaemia.

His doctor explained to him that when your immune system gets overloaded then whatever you’re susceptible to, normally, allergies, cold, flu, you get sick.

But being an engineer, he wanted to know what was causing it.

So he started to test.

He started to test his own house and then he set about mitigating the toxins and the results were really good.

He started to test other people’s houses.

He’d be in their doing some handywork and if there was mold [1], he’d say, “Hey, can I test your house for mold? I’ll pay for it. I’m just curious. If I do this test, I can see there’s mold. I can see you’re sick, it made me sick.”

He did this for a year or two before he had so much work testing people’s homes and offices and schools that that’s all he does now.

Daniel say’s, “this is really important for everybody. I don’t play doctor. I don’t go, ‘do this. Take vitamins.’ I just say, ‘You’ve got to get away from this stuff. You have to shield the electromagnetic fields. Cut out the mold….”

Daniel admits to being hesitant to take on the EMF work at first because he thought ‘people were crazy’ and he didn’t think it was a productive use of his time.

How his opinion has changed.

He’s been in numerous houses where the owner or the renter is in another room and with the help of an electrician he fixes an electrical/EMF problem. He watches as the electrician corrects the wires and he sees on the EMF meter the field go down and in the other room the person will yell, “that’s it! You did it!” 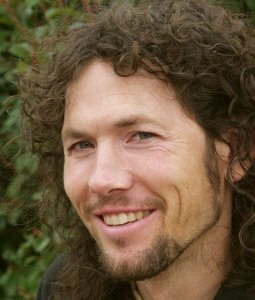 He is the author of several books including ‘ How To Build A Healthy Home’ and is a regular guest on television and radio shows.

*****This interview has been broadcast. To access future interviews make sure you are signed up to my newsletter [3].*****