Anne’s husband had been given a 4-year work assignment in Germany, she was healthy and looking forward to the experience of living abroad.

Her stay in Germany went well for several months, then she started experiencing health issues.

She was losing her hair, her menstrual cycle had stopped and she was feeling achy in the morning.

She also began to experience terrible night sweats and shakes.

It would come on right on the hour, like eleven o’clock at night.

“And then it ramped up some kind of energy.”

At first, it was just a ringing in the ears.

She’d walk around the house trying to listen.

She’d be in bed at eleven o’clock and she’d almost sit up in bed, going, “What is that?”

It would wake her up and the energy would ramp up.

Then, at a quarter to the hour, it would release her and it would let her go for 10 – 15 minutes.

Anne would fall asleep, and then at midnight, she would wake and the cycle would start again.

The spasms at night time racked her whole body.

“I would just shake. It was scary.”

She started writing her symptoms down, to try and figure it out.

She took a trip to Rome with husband and felt okay for the entire trip.

That’s when she knew the problem was at home.

She consulted a German doctor locally, who put it down to a combination of stress and old age!

But the doctor told her where she lived there was a meeting about cell towers.

That’s when it occurred to her that there was a cell tower across the wheat field – she hadn’t noticed it until the leaves fell off the oak trees in her backyard.

She went to the meeting, which was all in German, but she did find a cell tower research guy there, Peter Wenz, that spoke English.

After listening to her story he went to Anne’s home with his equipment and tested, but the EMF readings were low.

Anne said, “It’s not on right now. I’m not feeling much right now myself.”

He told Anne to call him when she could feel it.

A night or two later her symptoms kicked in again.

She rang Peter and he went out to Anne’s home in the middle of the night.

He told Anne that it only takes a nine to change DNA in a petri dish.

She had no idea what nine meant.

After some fine-tuning Peter told her he was getting a seven.

He said ‘No, that’s 700,000. You should not be here… this is illegal and dangerous. You need to get out. This is so high, it’s going to have to go to the German court system.”

Anne took Peter’s advice, she packed her bags and went with her husband to spend the night at a local pub.

Peter then recommended that Anne contacted Dr. Horst Eger, a physician known for his research papers on cell tower radiation.

She sat down for 2 hours with the doctor to explain her symptoms and explain how she could see the radiation.

“I see almost like a graph paper in front of my face. It’s a repeating pattern, all the same.”

Dr. Horst began to treat Anne for ‘wireless poisoning’ and gradually her symptoms began to improve. 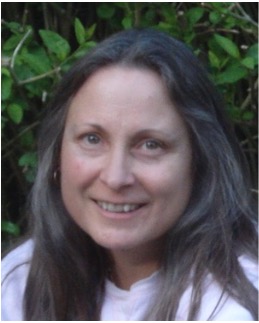 Anne Mills is the author of a new book, entitled All EMF*d Up. Anne lived for four years in Germany with her husband Eric, and while living there, she was grossly poisoned by EMFs and subsequently recovered with the help of German physicians.

Listen in and discover:

*****This interview has been broadcast. To listen to future EMF/health interviews make sure you are signed up to my newsletter.*****