If you’d have told me 10 years ago that I would be going to see someone who I would pay to stick needles in my body, I would have said “no way jose!”.

Fortunately I got wise.

I guess it was the realization that traditional medicine could not provide me with a solution for my electrical sensitivity [1]. 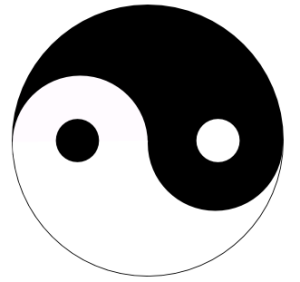 The peoples and tribes of Asia believed that energy flows in the body, and it was an interruption of this flow that caused disease.  Over the succeeding centuries many treatises and documents were prepared by Chinese physicians concerning the use of acupuncture to treat diseases and injuries.

Originally, the edges of stone knives were pressed against what were determined as the appropriate pressure points, acupuncturists’ today use fine needles.

How Does Acupuncture Work?

The health of our bodies, according to the theory of acupuncture, is governed by the flow of ‘Qi’ (or chi), the flow of life energy [2].  This energy flows through the body in what might be considered rivers or streams, to deliver the life force to different organs and tissues.

It is when this normal, healthy flow is interrupted in some way that trouble begins.  The point behind acupuncture is that by using needles, and sometimes electrical stimulation, that the proper flow of energy can be restored.

Modern acupuncture uses sterile, disposable needles to cause the release of healing compounds within the body.  When the brain and spinal cord are stimulated by the acupuncture needles, endorphins are released to help deal with pain.  The immune system can also be boosted through acupuncture treatment.  It has also been found that various neurohormones will also be released during acupuncture therapy.  And, very importantly as regards cell phone radiation, neurotransmitters are also released, affecting the condition of the nervous system and blood among other things.

Not only are our brains extremely sensitive organs in and of themselves, but the brain also controls what happens in the rest of the body.  Connecting all parts of our organism to itself through the central nervous system, any imbalance or damage to the brain can cause problems to the rest of us.  Cell phone and microwave radiation has been linked to damage to the proper functioning of the brain, and therefore, will cause troubles in the rest of the tissues and organs.  Neural transmitters can easily be skewed by incoming radiation from a cell phone.  Once these are damaged, the signals that are supposed to be going to every part of the body can become tangled or even completely interrupted. This causes disease or “dis-ease” which may manifest itself in different ways in different people. In some people it may create electrosensitivity in others, it may cause cancer, fibromyalgia, Parkinson’s disease, Alzheimer’s disease, etc.

Besides helping the brain and body to become in tune once again, acupuncture also helps to release neurohormones.  Neurohormones are released into the spinal fluid, nervous system, and bloodstream by various secretary organs to assist in nearly every vital function.  Acupuncture can make sure that any of the interruptions or disruptions caused by electromagnetic pollution is not permanent.

As with other types of alternative medicine, with acupuncture you should not expect miracles. You can’t and shouldn’t expect an immediate cure.

What you can expect is that by undergoing a course of treatment the proper flow of energy will be restored throughout your body and this will promote healing.